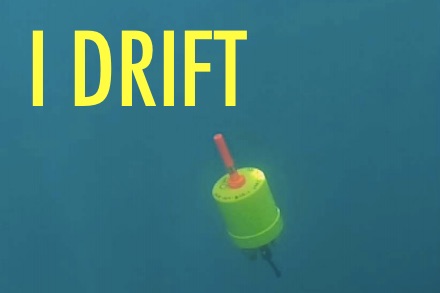 I just learned that the ocean robots I work with are taller than me. Since being insecure about size seems to be a thing now, I clearly need to surround myself by other which inflates alternative height bigly. This is why I NEED this navy of tiny ocean robots. 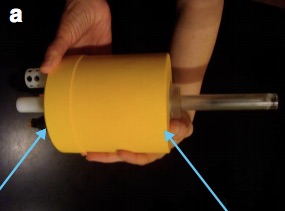 Although I was hoping this robotic fleet was deployed for total ocean domination, their true goal was to pretend that they were plankton. Which means they have to act like a plankton. Some plankton are able to move around a little bit, but most of the time are just pushed about by water. For these robots to mimic the movements of plankton, the trick here was to make these Lagrangian floats follow a particular patch of water that is being pushed about by currents and waves. By deploying 16 robots, then you can see how these forces create the plankton patches that have been seen in the ocean.

Let’s not forget the awesome tech that made this happen. Being able to follow a water blob isn’t easy. The robot needs to continually monitor its external surroundings and adjust its buoyancy to stay at a constant depth. And tracking the position of anything underwater? You need to do it with sound. Here they used an array of five sound sources around the swarm that talked to it with special acoustical pings. But to keep the robots small, they couldn’t answer back. They just listened and recorded a sequential round of pings from the sources, which was downloaded later. The location is then determined from the difference in time between when the five pings were transmitted and when they were received. This is some elegant signal processing people.

I only have one suggestion, you hand all the robots over to me and I call them Martini’s Tini Ocean Robot Navy. I shall appear tall, they shall remain small and together we shall drift over all.