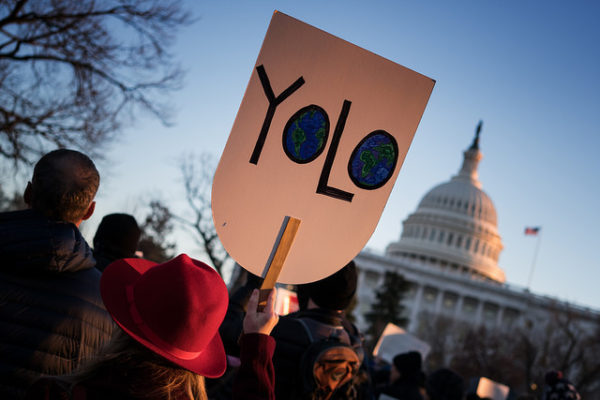 The mission of EPA is to protect human health and the environment.

Let’s all be civil and compromise. I learned about it in a book about the founding fathers. Alexander Hamilton said let’s reduce state debt. Thomas Jefferson and James Madison said, sure…but only if we completely develop this tidal plain in Virginia and call it Washington D.C.

Dear humans of the US, I’d like to hold your hand, stare deeply into your eyes and tell you it’s going to be alright. Sure, it all sounds reasonable. Businesses and government working together to get what they want. But in light of Pruitt’s history of suing the EPA, ties to the fossil fuel industry and complete non-mention of climate in this speech, I just can’t. I really can’t.

Was his use of this environmental anecdote was intentional or not? I can’t say. But what I can say is that Scott Pruitt will definitely be doing as he always has done, putting the interests of business and money ahead of human health and the environment. It’s going to be a long 4 years, so don’t stop paying attention and don’t stop speaking out. We won’t.