As science communicators, we are constantly looking for new and innovative ways to translate the ramblings of the ivory tower into a relatable and accessible public dialogue. In my experience, our strongest ally in this endeavor lies in the artists, musicians, and storytellers within our communities. “The Writing on the Sea-Wall” series seeks to highlight the skilled, artisans and projects that help us in our ongoing mission to connect people to science through tangible and impacting messages.

As a result of anthropogenic climate change, sea level has risen approximate 7 inches in the past 100 years. With the combination of melting land ice and expansion of warmer seas, scientists conservatively predict a 1-4 foot rise by the year 2100. Effectively, sea level rise poses widespread and continuing threats to the economy and environment of coastal regions. 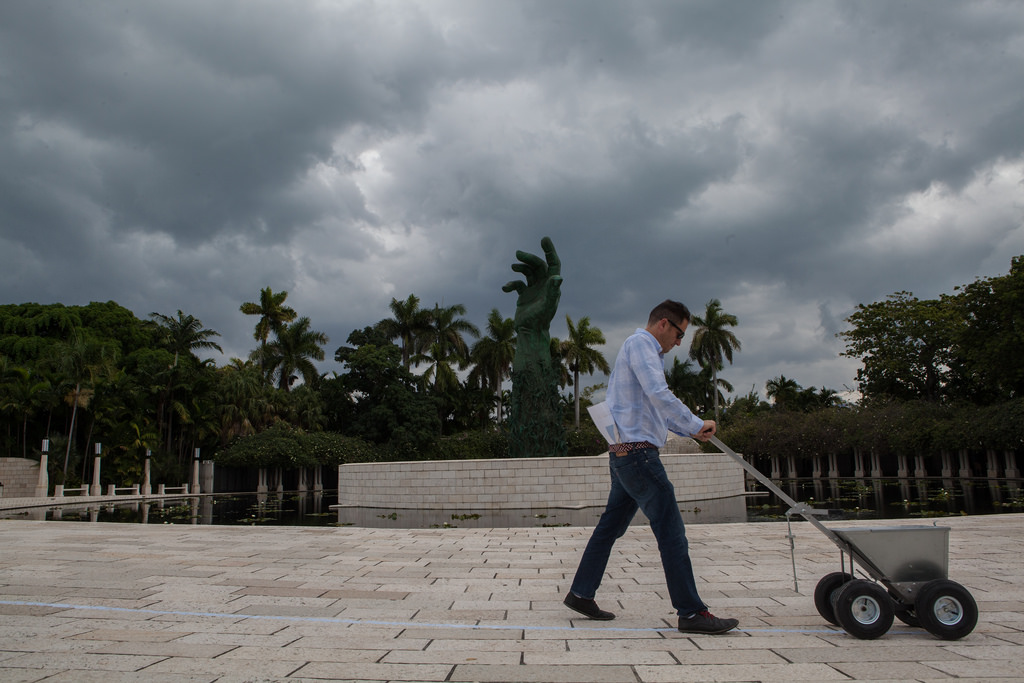 To reinforce the urgency of this situation, New York based artist Eve Mosher, started to walk the line. Literally. Using a baseball field chalk marker, Mosher laid a 70 mile white line of chalk in 2007 across Manhattan and Brooklyn. The HighWaterLine as it was called, demarcated the areas that would be severely impacted by increased mega floods if climate change continued. The power of this public installment truly hit home ironically in 2012 when the flooding brought on by Hurricane Sandy surpassed the proverbial “chalk line.”

“Walking the line with the participants and hearing of their stories after the event provides concrete evidence of the power of transformation of HighWaterLine…I hope that in every instance, HighWaterLine is just the beginning of these communities working together to build resilience and transform their cities.” says Mosher. 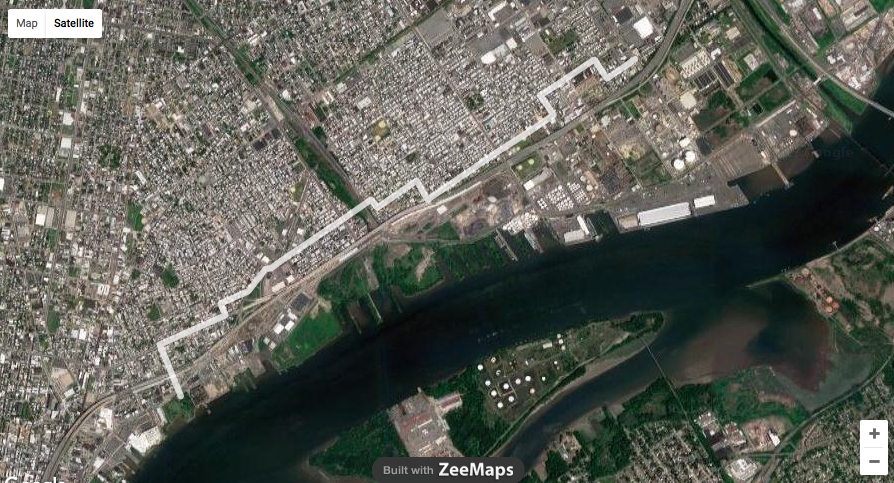 Since the first exhibition of the HighWaterLine, the project has debuted in five different cities from Bristol to Miami, the most climate vulnerable U.S. city. Along with the art piece, the project is also accompanied by interactive workshops to get the community more involved in the climate conversation and provide tools to create a culture of change. Currently, the group is working on a Action Guide to mentor others in bringing the HighWaterLine project to groups around the world.