This is a guest post dually written by Nick Hayman and Dr. Violet Renick. Last week, EPA administrator Scott Pruitt denied the petition to ban chlorpyrifos, a highly noxious and widely used agricultural insecticide. Being acquainted with both of these scientist’s research on the deleterious environmental effects of chlorpyrifos, I asked them to fill our readers in (see bios below).

“It is also an era dominated by industry, in which the right to make a dollar at whatever cost is seldom challenged.” –Rachel Carson, author of Silent Spring, 1962

“We need to provide regulatory certainty to the thousands of American farms that rely on chlorpyrifos, while still protecting human health and the environment” –Scott Pruitt, EPA Administrator, 2017 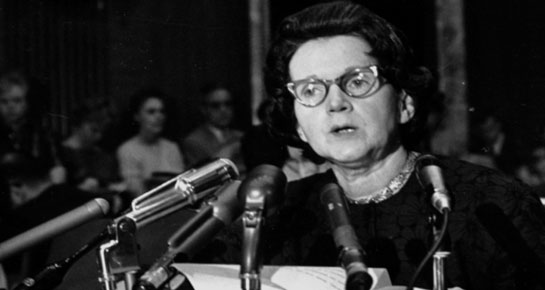 Rachel Carson had no idea how impactful her words would be over 5 decades later; yet after reading the EPA press release denying the petition to ban the pesticide chlorpyrifos for agricultural use in the US, it’s hard to believe how little has changed since the 1960s. Despite decades of progress, our reality is that it is industry—not public or environmental health—that the new EPA Administrator, Scott Pruitt, aims to safeguard with “regulatory certainty.” While the EPA has based its decision to allow the continued use of chlorpyrifos on its uncertain risk to human health, the risks to environmental health, including marine and aquatic environments, have been well documented.

Chlorpyrifos belongs to a class of insecticides called organophosphates (OPs) which are popular because (1) a little goes a long way in killing pests (in the business we call this “high acute toxicity”), and (2) it is broad spectrum (effective at killing several crop pests). Chlorpyrifos, like other OPs, works primarily by blocking the proper function of acetylcholinesterase, an enzyme needed for normal brain and nervous system functioning.1 This enzyme is common across the animal kingdom including invertebrate groups (like crabs and worms), fish, birds, and, you guessed it, humans. By essentially ‘clogging’ neural pathways, chlorpyrifos exposure can lead to a host of behavioral changes including muscle spasms, reduction in muscle coordination, and, with high enough doses, paralysis and death. It’s a nasty, highly effective chemical. So nasty, in fact, that it has been banned for household use since 2000.

But if chlorpyrifos is sprayed mostly on commercial crops, how can it be a problem for marine ecosystems? Chlorpyrifos and many other dangerous toxicants can be washed into nearby streams or sewers by rain storms or crop irrigation and end up in estuaries, where fresh water bodies like rivers meet the sea.2 While chlorpyrifos usually doesn’t stick around in the environment on land, it tends to stick around longer in saltwater3 and anoxic sediment4 (the dark sludge that gives estuaries their sulfur smell). In fact, in the Santa Monica estuary in California, chlorpyrifos drove acute toxicity (i.e. high mortality of test organisms) observed in sediment and water samples collected in 2008.2 Although this pesticide degrades over time, it is still found in high concentrations in both fish and crustacean tissues.5

Pesticide use has only increased through the years. For example, according to the California Department of Pesticide Regulation, 15,412 lbs. of chlorpyrifos were applied to agricultural crops in 2008 (the same year as the study above). Compare that to 2014 (the latest available data), when 67,982 lbs. were applied (that is a 341% increase!).

Over the last several years, we decided to focus our graduate thesis research on the sublethal (i.e. not quite deadly) effects of exposure to chlorpyrifos. Nick’s research investigated how chlorpyrifos exposure impacted predator-prey interactions between two estuary residents: the California Killifish and its prey, a worm that builds tubes in the mud. He found that when exposed to even relatively low doses of chlorpyrifos, fish struggled to accurately locate and strike the worms. He also found that the fish indiscriminately ate worms that had been exposed to chlorpyrifos, which suggests at least one way these fish are being exposed. This sounds crazy and gross, right? But think about how similar it is when you eat fruit or vegetables that have been coated in pesticides. You don’t know the difference! But the consequences can be devastating all the same.

Violet’s research looked at different types of ecological fish behaviors that could be altered by low doses of chlorpyrifos. She found that this pesticide made fish anti-social, oblivious to predator attacks, and less willing to forage for food. In other words, even small amounts of this pesticide can make fish an easy snack to their predators (leading, of course, to chlorpyrifos exposure for the unwitting predator!).

Each of our studies shows a small snapshot of the complex interactions that happen in estuaries daily, and together they paint a larger picture of some of the ways that chlorpyrifos can alter estuarine ecosystems. Estuaries are extraordinarily important systems, performing water filtration, providing nursery grounds for many fish you eat, and a variety of other ecosystem services. Aside from the importance of human health risks (because chlorpyrifos is a risk to human health), it is important to consider environmental health risks as well, because we all benefit from a properly functioning environment.

Nick Hayman recently graduated with his Masters in biology from San Diego State University, where he studied effects of pesticide exposure on predator-prey interactions in estuaries. He is currently a contractor working in the exotoxicology lab at SPAWAR Systems Pacific performing environmental monitoring work.

During her doctoral research, Dr. Violet Renick looked to better understand the influence of pollutants (specifically chlorpyrifos) on the ecology and behavior of fishes. She currently manages the Ecotoxicology Lab for the City of San Diego.