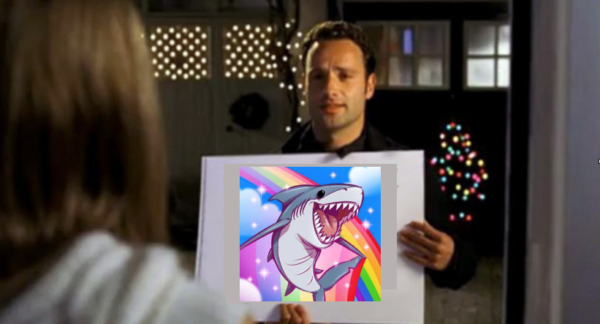 It’s June, and that means the end of the NBA, the start of summer, and the celebration of LGBT Pride across the USA.  I must admit that Pride crept up on me this year.  I’ve recently returned from a long stretch of field work in Africa (another post soon on the toughest field work of my career), and I’ve been too busy resetting my sleep cycle to notice all the rainbow flags fluttering around the SF Bay Area.

Frequent readers will recall that I’ve talked about being queer in ocean science in this space before.  And there has been a growing body of research and writing since my early ruminations, by smart colleagues and friends (especially by Jeremy Yoder & Allison Mattheis, Maria Broadfoot, and others), who have been investigating a variety of realities and issues related to queers in STEM.

I don’t have anything new to add.  Not a lot of my perceptions or thoughts regarding being queer in ocean sciences has shifted much since I first put pen to paper several years ago.  There are still precious few exemplars of LGBT leaders in our field.  The rise of Trump and Pence has had, for these eyes, a chilling effect on the ease and safety of LGBT Americans to be more open in the public, academic, or employment space.  And quite frankly America appears to be embracing a conservatism that has me remembering the early Reagan years.

Since I am fresh from fieldwork, I thought for this Pride I’d share some of my perceptions of what it’s like for me to be a queer ocean scientist doing work internationally.  It goes without saying that these are not EVERY queer’s experiences or perceptions.  These are mine, and they are personal.  But perhaps by sharing what it’s like to go about my job, while also being an out, queer man, I can share a slice of reality that many of my cis, straight colleagues may take for granted.

Anyone who travels outside of the US will recognize that our culturally accepted personal boundaries dissolve once we set foot in a new country.  For sure there is a spectrum, but from nearly 30 years of international field work in mostly developing countries I’ve grown accustomed to the usual onslaught of interrogatives from strangers which almost always arrives on two primary subjects:

It’s not hard to understand these sorts of interrogations.  First of all, English is often limited, and this is simply an easy way to make some conversation.  Fair enough.  On another level, as I have been reminded by very wise colleagues, this is a first salvo to ensure that I (the stranger) am “one of them.”  “One of them,” for immediate purposes, meaning someone whom they can relate to.  This older, strange man in their village has a wife.  He has kids.  He is like them.  It is a normalizing exchange designed more to set my hosts at ease than it is to set me at ease.  And that is absolutely fine.

However it creates, for this queer man, an often difficult dilemma.  I want to be transparent and open and honest with my hosts or my colleagues or my stakeholders in the field.  I want them to trust me as an individual.  As a person.  But at the same time, I have a job to accomplish.  And that job takes precedence to my personal needs or feelings.  Most of the regions where I work (the Caribbean, Pacific, IndoPacific, Indian Ocean), have abysmal LGBT policy.  Homosexuality (mostly defined as same sex relations between men) is still a punishable offense throughout most of the countries in which I work.  And while I understand that a gay American won’t necessarily receive the same social penalties as a gay local in my field sites, I have to calculate whether I want to be “that gay American” rather than just “that American” in almost every setting.

Obviously, the more time I spend in a destination, and the closer I get to stakeholders, the more comfort and safety I feel in opening up to my colleagues and friends.  I’ve shared that I’m gay, and married, with quite a few field colleagues over the years.  But it is extremely site and situation specific.  Being “out” with colleagues in Turks and Caicos is VERY different than considering such a proposition in Papua New Guinea, Madagascar, or Indonesia.

Each of the countries in which I’ve conducted field work is positioned somewhere along a continuum of acceptance of the existence of LGBT people, and subsequently their rights and value to that country.  I’ve commented before that while on field work in Fiji, I was reminded by one of my Fijian staff that, “Fiji does not have gay people.”  This in contrast to the reality that you can fire up Grindr and find dozens of local listings or walk through the Fijian capital of Suva on most any night and find trans women in many of the bars.

My personal reality as a gay man trying to conduct ocean science or conservation in developing parts of the world is that I am choosing to focus upon my work and my professional priorities over my personal identity politics.  Others may make a different decision, and that is their prerogative.  But I have limited time, funding, and limited attention span.  I choose to have my stakeholders focus upon the work at hand.  If I have the luxury of extra time in a destination, certainly this equation can be adjusted.

Unfortunately, the net result to me is often a feeling of regret or sadness that I “can’t entirely be myself.”  Straight colleagues have sometimes chided me that I should not care about this as much.  But I think that’s their privilege talking.  I don’t want to be, “Rick, the gay scientist,” or, “Rick, the gay conservationist.”  I just want to be Rick.

So, it all makes me feel a bit like Mark, the best man in the film Love Actually, played by The Walking Dead’s Andrew Lincoln, who is in love with his best friend’s fiance.  He spends the entire film putting on a charade of indifference to the now-married Keira Knightley, but finally finds a way to let her know his true feelings (through the ridiculous use of cue cards and a boombox). Not a perfect metaphor for my situation, but it nonetheless underscores a wish that I have that I didn’t need the identity acrobatics in order to do good work.