There’s been an awesome explosion of science oriented clothes for girls in the past few years, spurred on greatly by the awesome success of Princess Awesome‘s Kickstarter campaign. They started with an outfit that definitely appealed to the DSN set – a pirate dress! Now Princess Awesome has returned to the sea with sharks! Check out their “Fiercely Jaw-some” dress for the budding Eugenie Clark in your life. Or, as my own wee deepling says, “CHOMP CHOMP!”

(And let’s hope giant squid, isopods or, even kelp are next!) 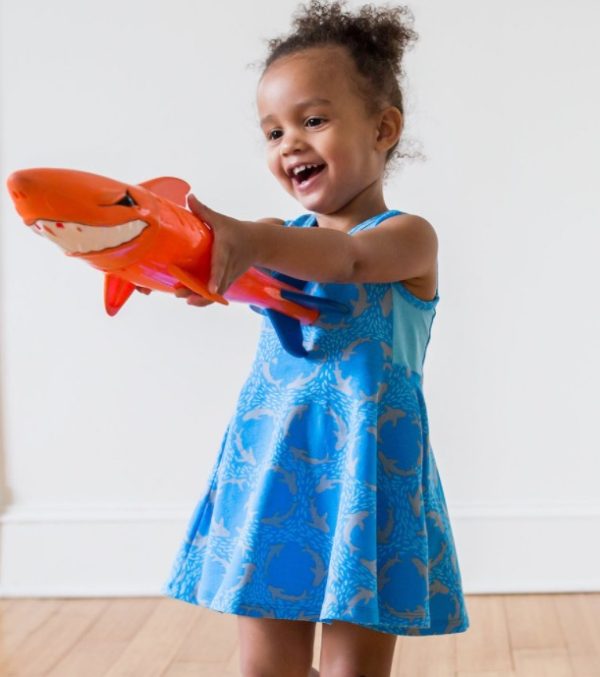 COI Disclaimer: I went to college with one of the kick-butt ladies who founded Princess Awesome, which makes me even more of a fan of what they’re trying to do. I might also shamelessly send her pictures of my daughter in their outfits. Just sayin’.

2 Replies to “Sharks for the Wee Lady Deeplings”