You pull your old car to the side of the road, slow to a stop and turn the key: the fire in your engine dies. You step onto a flat, dim expanse, covered in a sleet-grey sky. You hear the grass shudder in waves across the plains, like the ghosts of a dead sea, frozen in the rolling hills. To your right is an oil field. A flame roils atop a gas flare, attached to a valve leading deep underground, off-gassing the remains of a billion billion corpses buried miles beneath your feet. Far to your south is Cannonball Ranch, were only a few months ago people gathered to fight the slow march of these corpses through the Dakota Access Pipeline. You are in Williston, North Dakota, and you are standing roughly 10,000 feet above one of the most lucrative oil reserves in North America, the Bakken Formation, and 380 million years after the life and death of the Bakken Sea on a strange and ancient Earth [1]. 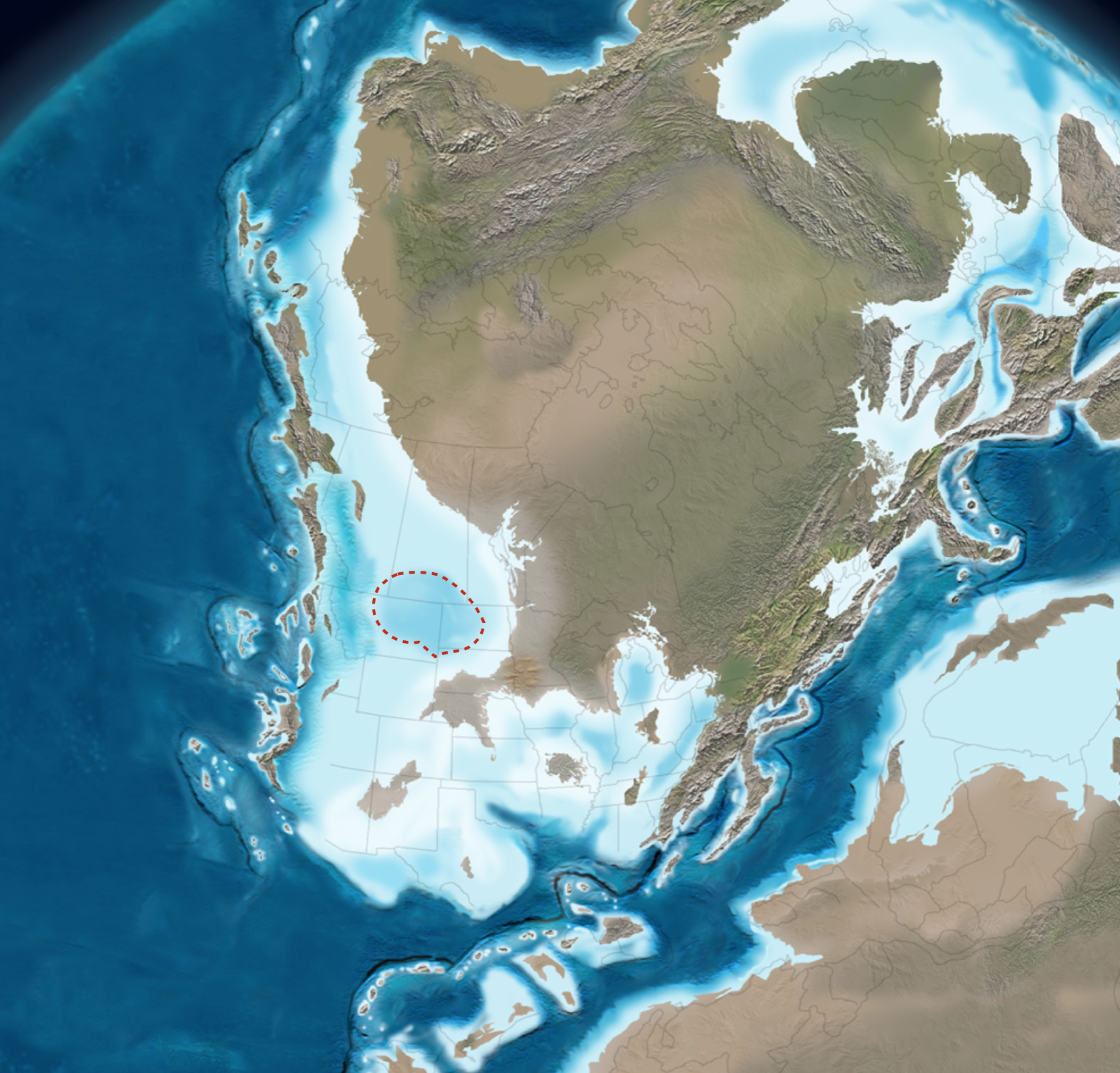 The Bakken Sea was unlike any ecosystem that exists today. Now, instead of the dry plains of North Dakota, imagine floating on the surface of this sea about 380 million years ago. The evening air is moist and musty, the sinking sun is dipping low, the sunset a wash of muted colors gleaming off crumpled black waves. Algae near the surface collect the last rays of sunlight, combining light with water and carbon dioxide to make organic matter. A strange collection of prehistoric animals feed on these algae (and each other) here at the sea’s surface, but to truly understand the Bakken, we must go underneath. 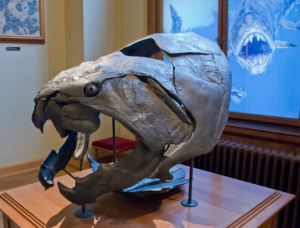 Dunkleosteus, a 6 m long marine predator that lived during the age of the Bakken Sea (Wikimedia commons)

Standing underwater, on the Bakken seabed, there is no visible life. There is almost no oxygen in the water around you, transforming the seabed into a “dead zone.” You are at the bottom of a large basin—a bowl in the ocean floor nearly 400 miles wide . As the struggles of life play out in the waters above, the old, sick and defeated sink to their graves on the seabed. But without oxygen, they do not fully decompose, and nothing ventures this deep to scavenge upon their carcasses. Instead, billions upon billions of bodies–mostly algae but some larger creatures, too–slowly amass on the seafloor, forming a layer of organic matter known as the ‘lower Bakken.’

Fast forward through geologic time several million of years into the future: the sea level rapidly drops, and the basin becomes shallow with quick-moving currents. Sediment tumbles in from the surrounding mountain ranges. A layer of sandy, porous rock that covers and buries the layer of bodies. This sandy layer is knows as the ‘middle Bakken.’ Fast forward one more time: the sea rises again, and the first stage repeats, blanketing the seabed once more in dead remains, this is the ‘upper Bakken.’

These three layers—the lower, middle and upper Bakken—are then covered by sand and rock, compressed, and heated in a perfect combination of conditions that geologists refer to as an ‘Oil Kitchen.’ Slowly, this kitchen converts the Bakken carcasses into a diverse collection of gases and complex molecules called hydrocarbons–the fossils that make our fuel [2].

The lower and upper Bakken layers are sludgy and dense, difficult to drill into. But as the remains in these layers liquify, their old resting places crack open under the extreme weight and pressure . The bodies of these ancient dead sea creatures, long immobilized in their graves, now move again: the liquids of the lower and upper Bakken layers seep into the spongy middle Bakken layer. It is from this middle layer that, millions of years later, that they will be exhumed. 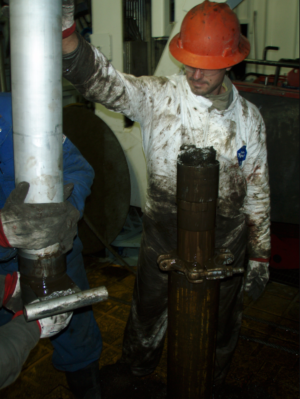 To harvest fossil fuels from the Bakken reserve, we drill wells thousands of feet down into the middle layer, and then extend them an additional two miles horizontally, maximizing the amount of oil we can harvest (Continental Resources, PDF). A high pressure mix of sand and water, called ‘proppant,’ is pumped in, fracturing the rock and opening small pockets of oil, which ooze through the cracks and are captured in the well.

Before the beginning of this month, this ‘crude oil’ was pumped into trucks or trains, destined for refineries. But as of June 1st, it instead enters the Dakota Access Pipeline–traversing multiple states, eventually destined for national or international refineries. At refineries, the ancient ocean remains of the Bakken Sea will be processed into the oil in your car, gas in your tank, and plastic lid on your morning coffee cup. Transporting oil via pipeline will potentially reduce the risks and costs associated with overland transport. But the 1,172  miles of pipeline raise a suite of new humanitarian and environmental concerns, including possible spills at important water sources like Lake Oahe, and destruction of sacred sites associated with the Standing Rock Indian Reservation. Protesters tried to stop the pipe’s construction, or have it move it to a new location. Just today, a federal judge ruled that proper environmental procedures were not followed before the pipeline was approved. But for now at least, this long stretch of pipe will be the primary way these remains march across the plains.

Back in in Williston, North Dakota, business is booming; this small community is undergoing an oil-fueled renaissance. After one last look around at the dry grassy expanse, you get back in your car, turn the key–the gas ignites, the combustion moves the oily gears, and drive away.

2 Replies to “The Ancient Ocean of the Dakota Access Pipeline”