Guest Post: This little morsel is brought to you by Marine Biologist Jonathan Jones. I have had the pleasure, nay the privilege, to work with Johnny Jones for going on two years now. Currently completing his PhD at University of California, Santa Barbara- he has been critical to laying the framework in our understanding on how ocean acidification will play a role in Rocky Intertidal Ecosystems from Southern California to Baja. He also makes the strongest cupcoffee I have ever consumed. This post was originally written for our field blog, but I loved it so much…it made it’s way here. 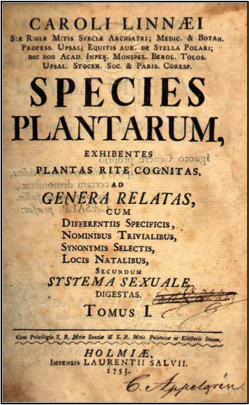 Science has the unenviable task of keeping track of all the life on this planet in a methodical and organized way. The Swedish botanist Carl Linnaeus first introduced our current binomial naming scheme in his defining work, Species
Plantarum in 1753. Since that time, scientists have been coming up with some very original and not-so-original names for newly discovered creatures in all corners of the earth. Marine biologists have a particularly imaginative track record when it comes to naming. Experts have touted their tautonyms, noted their knightly naming virtues, and wondered at the many magical monikers for marine molluscs. Here, we will explore a few of the more extraordinary scientific names for marine species and take a look at how those names were first assigned and why, for the love of Poseidon, they seem to change with such protean constancy. 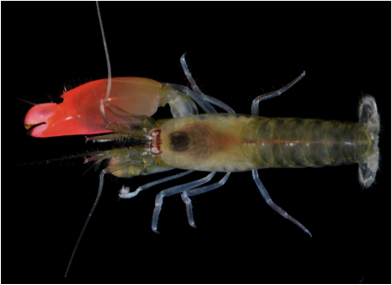 Let us start with the most recently named organism, Synalpheus pinkfloydi, more commonly known as the Pink Floyd pistol shrimp and perhaps the loudest of all ocean-dwelling creatures. When this shrimp snaps its claws together, it can reach up to 210 decibels, loud enough to kill a passing fish. The name comes not from the rock band’s volume, however, but instead from the color of the shrimp’s claw, pink. The shrimp was named just this year by Dr. Sammy De Grave, Pink Floyd fan and head of research at the Oxford University Museum of Natural History. 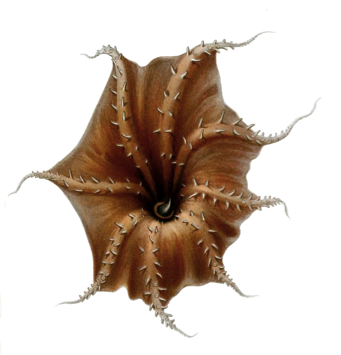 Another interesting name from the deep draws inspiration from the nocturnal darkness from which it emerges to capture prey. The vampire squid, Vampyroteuthis infernalis, is a deep-sea dweller whose name literally means “vampire squid from hell” and is the only living member of the cephalopod taxa, Vampymorpha. William Beebe described this squid as “a very small, but terrible octopus, black as night with ivory white jaws and blood red eyes”. Supporting Beebe’s conclusions is further evidence of vampiric relation: These squid can morph their size, shape, and fin position, can dart to and fro with great agility, and have the lowest metabolic rate of any cephalopod species. 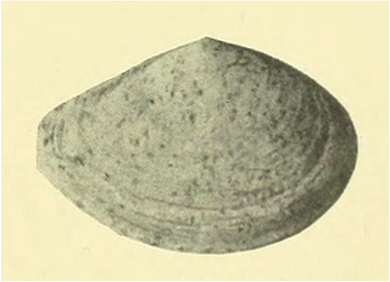 Abra cadabra, a bivalve mollusk, is one of many marine taxa whose scientific name has mysteriously morphed through time. British Petroleum biologists F.E. Eames and G.D. Wilkins first discovered the saltwater clam in 1957 and identified the species as one belonging to a long-dead fossil, so long-dead in fact that it could be described as cadaverous. Hence the species name cadabra. The genus was later changed in 1995 to Theora and again in 2008 once scientists discovered that the clam was actually a junior synonym of the clam Corbula mesopotamica. Ultimately, a combination of both names was used to describe the species, which is how the current name, Theora mesopotamica magically appeared. 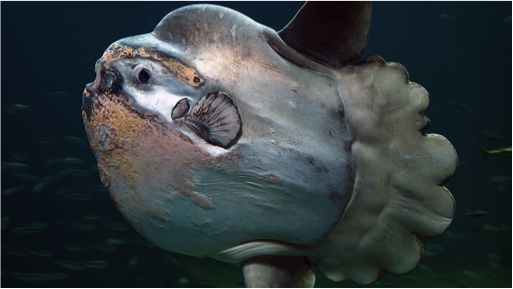 Mola mola, a fish so nice they named it twice. The Mola mola is the heaviest boned fish caught on record weighing up to 5,000 lbs. Native to temperate and tropical waters, these sunfish primarily eat jellyfish and a lot of them. The name mola comes from the Latin word for millstone (used for grinding grain) due to the animal’s close resemblance in texture, color, and size. The mola species was originally classified under the pufferfish genus Tetraodon, but now belongs to its own genus of which there are two species, Mola mola and Mola ramsayi. The Mola mola is what is known as a type species, the species for which the genus is named and a permanent fixture in the genus sharing its name. 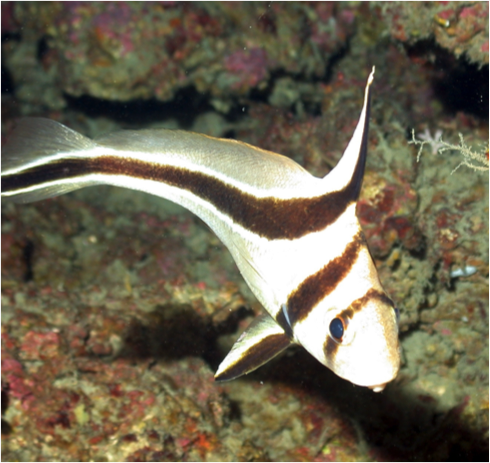 Equetus lanceolatus would undoubtedly have inhabited Camelot’s moat had only it not  been located in the Bahamas. This jackknife fish was named according to its definitive fin shape, which resembles either a lancer on horseback or an opened jack knife. We have Linnaeus to thank for this name that dates all the way back to 1758. The jackknife fish is small, 6-9 inches in length, black and white in coloration, and primarily eats crabs, shrimp, and other small invertebrates. As noted, these fish are typically found in reef areas of the Western Atlantic, Caribbean, Gulf of Mexico, Florida and Bahamas and is a common contributor to many marine aquaria.

Finally, a parting note for all you young biologists and taxonomists out there whose admirable goal in life is to discover a new species, be it on this planet or another. If popular culture does not hold your attention and you just cannot conjure a perfect name that captures the true essence of the organism, you can always stick with what you know. That is, your own name. This method is tried and true and has been used by countless biologists. For example, here is a list of all the marine taxa named by or for the renowned marine biologist and beloved author Ed Ricketts:

Share the post "What’s in a name? That which we call a Hopkin’s Rose by any other name would smell as sweet."