OMG Irma. It is going through the Caribbean and slamming everything in its path. I’ve been getting updates from friends in the Virgin Islands and it sounds like it was harrowing. Thankfully they made it through which is the most important part (even though their stuff may not have). Other islands have not been so lucky.

This is a monster hurricane, fueled by warm waters in the Atlantic. Just to get a sense of how insane it got in Barbuda, here is the atmospheric data from a water level station there. The eye of the hurricane passed right overhead, which is why you see the insane drop in air pressure. 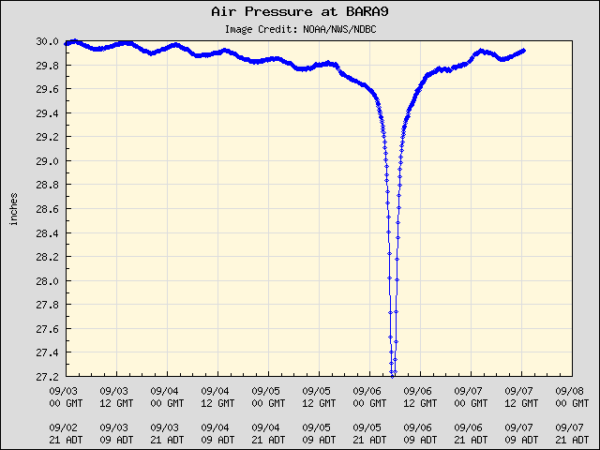 The wind speeds got up to 100 knots before the anemometer conked out. These winds are no joke, reports indicate that nearly every building on the island suffered damage, if not completely destroyed. 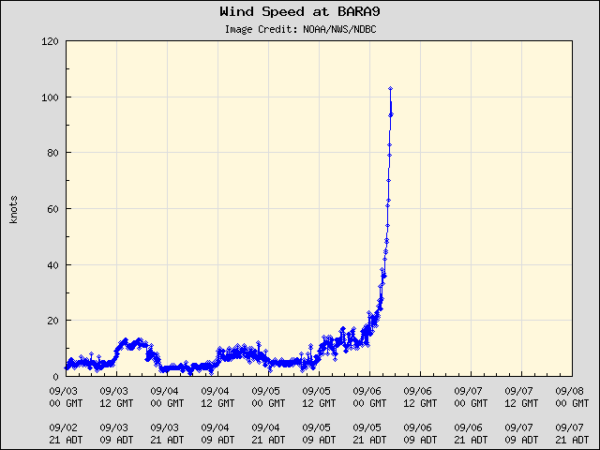 Update: The anemometer was completely destroyed.

Another problem for this tiny island with wide areas of low elevation, storm surge. Preliminary data shows it got up to 8 feet. 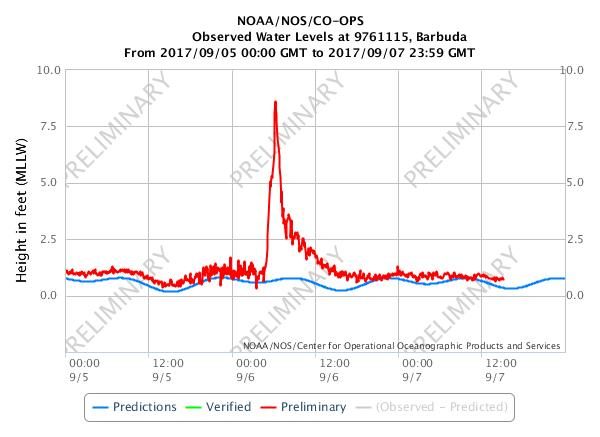 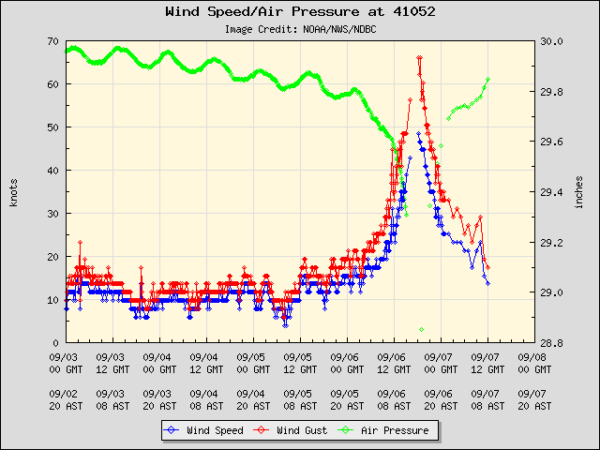 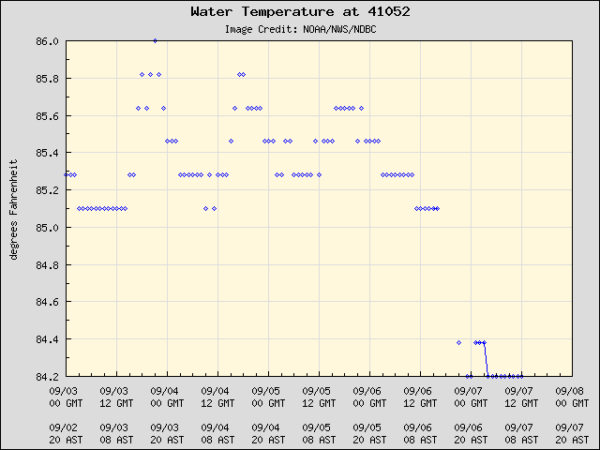 This buoy also has salinity data, and you can also see the effect of the mixing in the increase in salinity, as deeper saltier water is mixed to the surface. There is also a drop in salinity right before the hurricane hits which could be caused by rain freshening the sea surface or just fresher water being pushed past the buoy. From this data, you can’t distinguish the two causes. 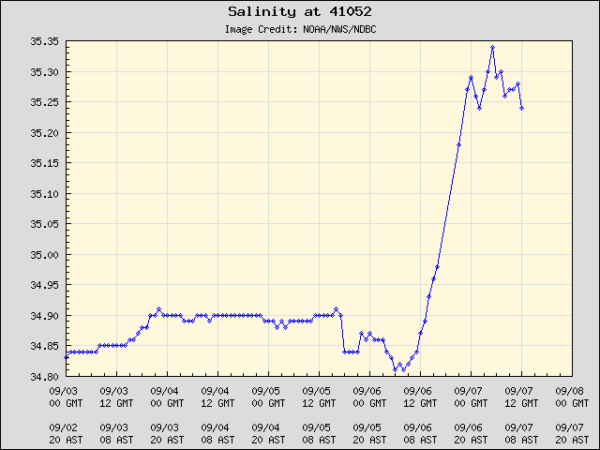 Lastly, let’s take a look at the wave data. Wave heights got up to nearly 19 feet at the peak of the storm. Some waves might have been larger as this plot shows averaged values. 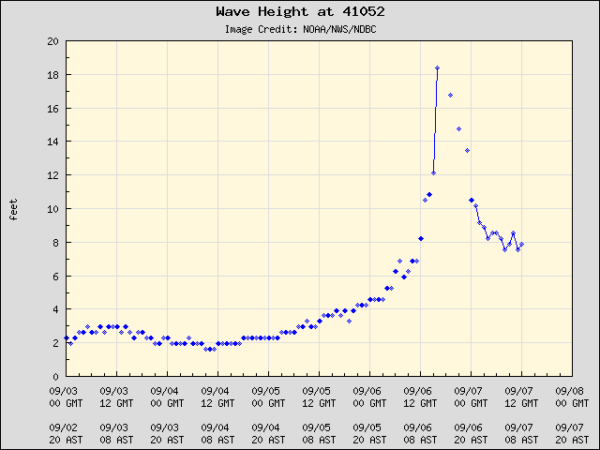 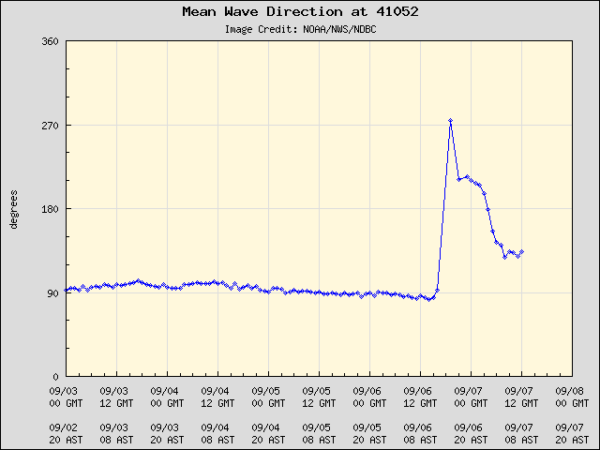 That was my oceanographic quick look. I’m hunting around for some ocean robot data, as NOAA AOML deploys their gliders into hurricanes, but haven’t found any yet. I’ll post when I do. For another take on the storm, take a look at my friend Jyotika’s Tropical Storm Blog.  It’s got good science and a good rundown of where Irma has been and where it’s going.

For those of you in Irma’s path, make sure you are prepared and take the necessary precautions to stay safe. Here are tips from NOAA’s Hurricane Preparedness site.