OK, folks, time for some more KEEEELP FROOOOM SPAAAAAACE!!! And an opportunity for you to do some science of your very own!

As you know, I’m super into kelp. Just a wee bit. And one of my great passions is trying to understand how kelp around the planet has changed over time. With things like climate change, fishing-related urchin outbreaks, and the strangeness of sea cucumbers (long story), there are a lot of things that can impact this badass brown group of algae (Laiminariales!!!). To learn what’s going on, divers can only do so much. I mean, how much kelp can you count on one tank of air? And how many times can you go back to the same place over and over again. Ever few weeks. For decades. Yeah, it’s a problem.

But Giant Kelp and Citizen Science is the answer.

For the past three years, I’ve helped to steer an awesome citizen science project called Floating Forests. It’s part of a collaboration between some kickass scientists like Kyle Cavanaugh, Alison Haupt, Tom Bell, and others along with Zooniverse, an amazing online citizen science organization. Way back, they built us an amazing citizen science platform that lets citizen scientists take a gander at a photo sliced up from the Landsat series of satellites, and ask people to circle any kelp they saw. 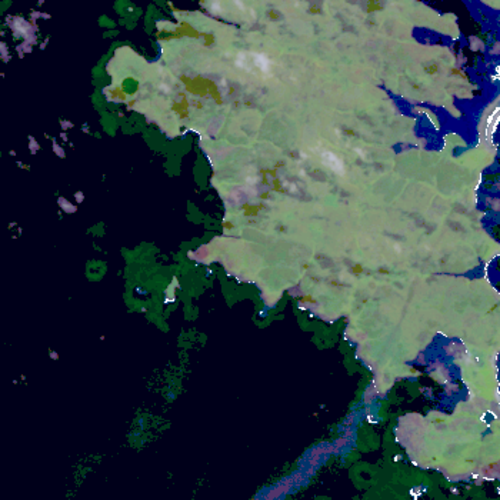 I want to go to there…and get in the water… and dive dive dive!

The project thus far has been a rousing success, with almost 700K images classified Given that we show each image to 15 people if any of the first 4 note kelp, this means almost 3 million classifications!

But now it’s time for a new dawn. Zooniverse has grown and reformed it’s platform into the Voltron of Citizen Science – a modular platform anyone can use – and so we’ve moved our project on over. More than that, we’ve taken all of the collective feedback of our users and completely redesigned how we process images. 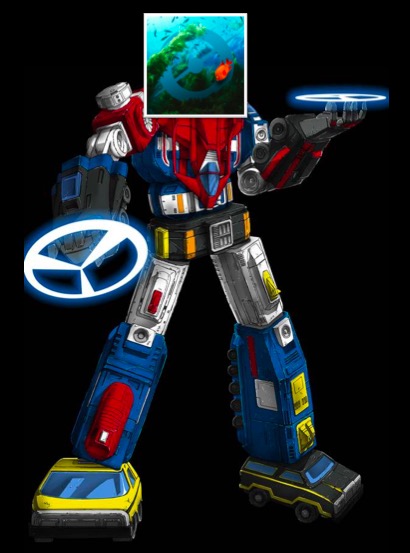 We’ll form the head! And, let’s face it, vehicle Voltron was always cooler, because some of it was designed for ocean exploration.

We’re starting off asking y’all to take a gander at the lush forests of the Falkland Islands, somewhere that scant little has been done. We’re also launching mini-challenges along the way, such as asking folk to tag images that are #sokelpy with the month they were photographed so we can build a qualitative understanding of kelp seasonality in these remote islands. We’ve also begun to release data for those who want to get really into it and play around with it – and talk about what you see in the forums!

So, deeplings, if you want to become an armchair kelp forest scientist, the time is now!

(And n.b. I might post here about this more in the future – but also feel free to see our blog)

2 Replies to “Kelp, Spacecraft, and You”