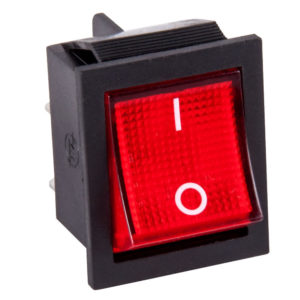 Ocean science and conservation, like any human enterprise, is subject to its fair share of internal messiness from time to time.  As someone whose expertise and experience intersects several discrete domains (coral reefs, sharks, marine protected areas, and policy), I’ve witnessed plenty of dust-ups, arguments, and spats over the years.  And this week’s flurry of discussion instigated by a New York Times editorial on ocean protected areas is just the latest kerfuffle. In his op-ed, Bigger Is Not Better for Conservation, coral reef scientist and California Academy of Sciences curator, Dr Luiz Rocha, argues that large-scale, remote marine reserves are a disservice to ocean conservation.  It’s Dr Rocha’s perspectives, however, that seem more damaging.

Let’s go one-by-one to see if any of these points hold water. [Note: For the sake of brevity, I’ll be using the acronym MPA frequently in this piece for “marine protected area,” but it will also serve as shorthand for “marine reserve,” “protected area,” “locally managed marine area,” or “marine managed area.”  I recognize that an MPA may not be managed or enforced, but let’s forego that technicality for the moment.]

POINT 1: “Big MPAs are easy and less consequential.”
As of today, there are approximately 20 large-scale protected areas across the ocean (ranging from tens-of-thousands to millions of square kilometers in protected area).  This includes a range from the Marianas Marine National Monument’s 16,400 square kilometers to the 1.15 million square kilometers of the Papahānaumokuākea Marine National Monument in Hawai’i.  These MPAs may consist of fully-protected, no-take (no fishing/extraction) designation to protection that still allows multiple uses.  According to the folks at MPA Atlas, there are approximately 15,000 small, coastal MPAs around the world.  Some of these, like Cordelia Banks off the island of Roatan in the Bay of Honduras, encompass only 17 square kilometers.  Many are even smaller.  Totaling all of the massive/remote and small/near-shore MPAs together gets us to approximately 2% of the ocean under some form of protection.

The International Union for the Conservation of Nature (IUCN) World Conservation Congress, held in Hawai’i in September 2016, called for member nations to set aside “30% of each marine habitat” in “highly protected MPAs and other effective area-based conservation measures” by 2030, with the ultimate aim being ”a fully sustainable ocean, at least 30% of which has no extractive activities.”

As someone in the MPA biz, I can testify that there are at present a small handful of big, deep-pocketed, international NGOs working on big international MPAs: The Pew Charitable Trusts, Conservation International, Oceana, and National Geographic. These folks have the gravitas, influence, and resources to capture heads of state attention and convene forums necessary to get things done.  You can bitch all you want about the pros and cons, but this is the reality.  Alongside the big NGOs, there are tens-to-hundreds of small to medium-sized NGOs that are working simultaneously on everything from big/remote MPAs to smaller/near-shore MPAs.  Sometimes the big NGOs work in concert with the smaller ones.  Sometime not.  It’s all site dependent.

Having worked on everything from massive MPAs to tiny MPAs over my career, I can say that none of them were “easy wins.”  So-called “low hanging fruit” may represent a unique opportunity in time.  You may have a receptive government or local community that welcomes the process.  It’s always easier to work with the willing than the resistant.  But every MPA effort in which I’ve participated involved strategy, identifying champions, public consultations, negotiations, community organizing, building political will, battling nefarious characters, rebooting strategy, sweating-out votes, and of course finding funds to support all of this.  If there are “easy wins” out there, big or small, I sure would appreciate someone pointing me in that direction.

Protecting big/remote areas or smaller/near-shore areas is not an either/or game.  This is not a binary proposition of doing one or the other.  It’s a yes/also.  We need to protect small, not so small, medium, larger, big, bigger, and massive tracts of the ocean.  We need to protect what is easy to protect, and what is harder to protect.  We must gather every bit of low-hanging fruit, and plan to reach the currently out-of-reach fruit.  MPAs occupy a spectrum or continuum, and we need to be prepared to work with everything along that spectrum.  Some NGOs will have a mandate (and talent) for pursuing big swaths of ocean.  Others are more tuned to work on local needs.  But there is a lot of real estate between the biggest and smallest MPAs for organizations, individuals, and yes, even FUNDERS to find their niche.

POINT 2: “There’s nothing worth protecting.”
This is just wholesale wrong.  What is Rocha considering as “worth” protection?  Certainly, there are species whose entire life cycle may be captured by the boundaries of an MPA.  Other species may only spend a portion of their lives within the boundaries of protection.  Protected areas are designed to factor in these variables.  But not all MPAs are envisioned around biological significance alone.  The Monitor National Marine Sanctuary in North Carolina, the very first marine national monument designated by the United States in 1975, honors the historic significance of the shipwreck of the famed Civil War ironclad, USS Monitor.  Similarly, the Papahānaumokuākea Marine National Monument and the entire Northwestern Hawaiian Islands, including the 110 seamounts, open waters, and all life in that area are considered biocultural resources and linked to the Hawaiian people through environmental kinship.

The ocean as a cultural seascape is vital to Hawaiian identity, their being, and essential dimension to their cognitive understanding of the world.  The ocean waters in Papahānaumokuākea were an ancient pathway for a voyaging sphere that occurred between this region and the main Hawaiian islands for over 400-500 years (ca. AD 1300-1800).  The practice of traditional wayfinding and voyaging—recently popularized in the film Moana and which is one of the most unique living traditions of the world—requires protection of the entire marine environment and open waters, not just the islands and reefs, because it relies on biological signs and natural phenomenon, such as winds, waves, currents, and the presence of marine life and birds at key moments and locations.

Big swaths of protected, healthy ocean also have a role in climate change mitigation.  Seventy one percent of the Earth’s surface is covered by ocean. It is the planet’s largest ecosystem and plays a crucial role as a climate regulator. The ocean’s role in the global carbon cycle is critical – it is by far the biggest carbon sink in the world; over the past 200 years the ocean has accumulated twenty six percent to half of atmospheric carbon emissions. The ocean has significantly reduced, and mitigated, the impacts of increasing concentrations of atmospheric carbon dioxide.

Considering all of this, large-scale, remote ocean protection cannot be driven by species-level/biotic considerations alone.

POINT 3: “There are more important, smaller places to protect.”
Importance is relative and subjective.  It is place-driven and context-heavy.  What is important to someone in Brazil, might be less so to someone in Hawai’i.  So instead of casting stones at our neighbors, perhaps we should recognize that there are seriously limited resources, conservation bandwidth, and political will, and try to triage our priorities.  I recognize that the reality is that not all NGOs/organizations like to play-well together.  Furthermore, some places and approaches are simply not tenable due to practical considerations and political and social realities.  Again, this is a reality of modern conservation.  But as I mention above, effective MPAs do not occupy one half of a binary state.  It’s not either small or large.  Remote or near-shore.  Fully managed/enforced or paper parks/un-enforced.  Every single MPA in existence occupies a position somewhere along a continuum of effectiveness.  Even an un-managed, unfunded, and unenforced MPA is a work in progress along that continuum.

POINT 4: “They’re not science-based.”
Science should help inform MPA zoning and designation.  No questions or arguments here.  But the science needed may at times be incomplete or lacking.  Many decisions around the world, particularly in developing nations, on “sustainable catch limits” are not acted upon because data is deficient.  Should we be expected to wait for the science to be decided and settled (whatever that might mean) before action/conservation measures can be activated?  And science is but one arrow in our quiver that we should use to scope, establish, and manage MPAs.  The social sciences and economics are also driving MPA priorities and planning.

Finally…
I find an editorial like Rocha’s to be, quite frankly, dangerous.  Staking-out a claim on one side of a false dichotomy or constructing straw man arguments is the purview of graduate school.  I get it… Rocha would like to see more love shown to near shore/coral reef areas (including where he has worked in Brazil).  But what is the benefit to conservation as a whole to publish these half-baked propositions that large, remote MPAs are a waste of time in the pages of The New York Times and under the banner of an august and internationally recognized organization like the California Academy of Sciences?  We are not currently living in normal times, and this sort of rhetoric plays right into the hands of those keen to see less ocean protection, not more.

For the first time in US history, an administration is rolling back protections on national monuments, both land and sea.  Australia just this week has announced the possibility of cutting in half the protections for the Coral Seas MPA.  Conservation in one place in the ocean is not the enemy of conservation in another place.  And MPAs are not a binary switch of either big or small…  Local or remote…  Fully protected or not.  If we are going to get to the IUCN recommended target of 30% of our oceans under strong protection by 2030, we need to ramp up protections everywhere along the MPA continuum.  Yes/Also should become our mantra!  We must embrace a process of continuous improvement in our MPA work, not display a reflex of undercutting other conservation efforts.  And we need to keep our focus and attention on the real threats to a healthy ocean: over-fishing, illegal fishing, pollution, climate change, and lack of political will for action.

11 Replies to “Embracing Yes/Also: Marine Protected Areas Are Not An Either/Or Proposition”