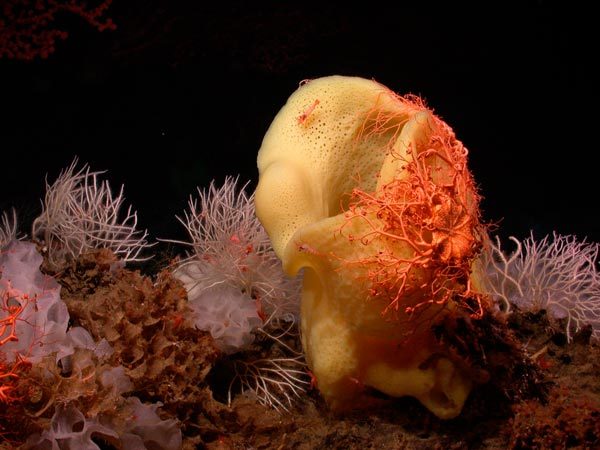 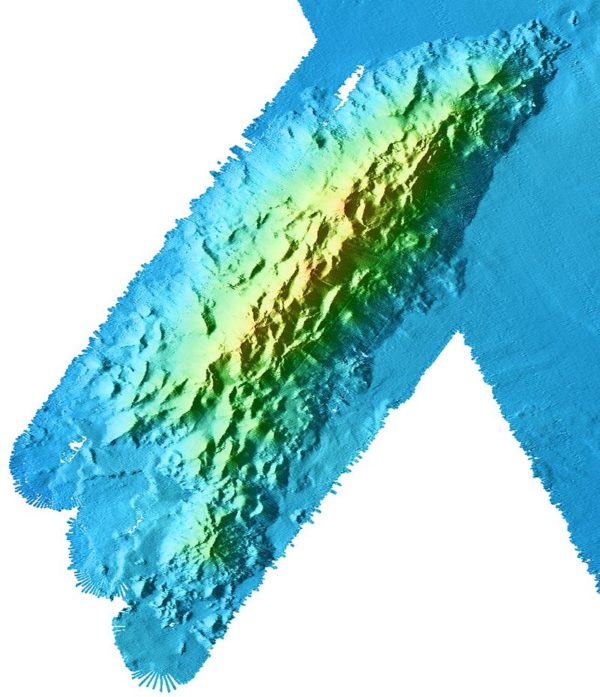 Far below the surface of the Pacific Ocean, three quarters of a mile deep, lies the peak of an underwater mountain.  Rising 1.4 miles off the abyssal plains, Davidson Seamount, nearly 26 miles long and 8 miles wide, is one of the largest known seamounts in U.S. waters. Davidson contains an abundance of life including massive groves of large bubblegum corals and reefs of glass sponges.  Life is so abundant at the seamount, we proposed nearly a decade ago that Davidson Seamount with its dense aggregations of invertebrates may serve as source of many species to nearby canyons and rocky outcrops off the California coast.  Davidson may be a perfect habitat for many species allowing their populations to explode.  This Davidson Seamount cradle then may serve as source of migrating individuals into other less perfect habitats nearby.  This idea of Davidson as a biodiversity source was instrumental in getting Davidson added to the Monterey Bay National Marine Sanctuary (MBNMS) in 2009. 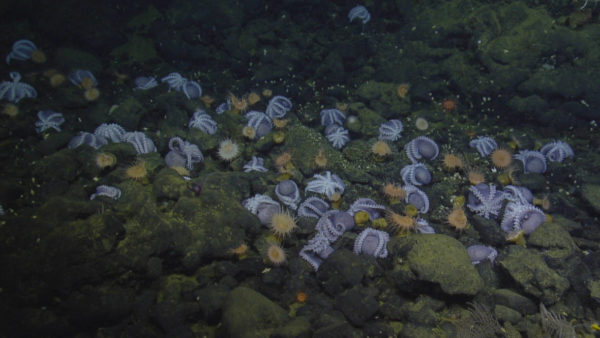 Octopuses observed at the Davidson Seamount, an ocean habitat about 80 miles to the southwest of Monterey. (Ocean Exploration Trust/NOAA) 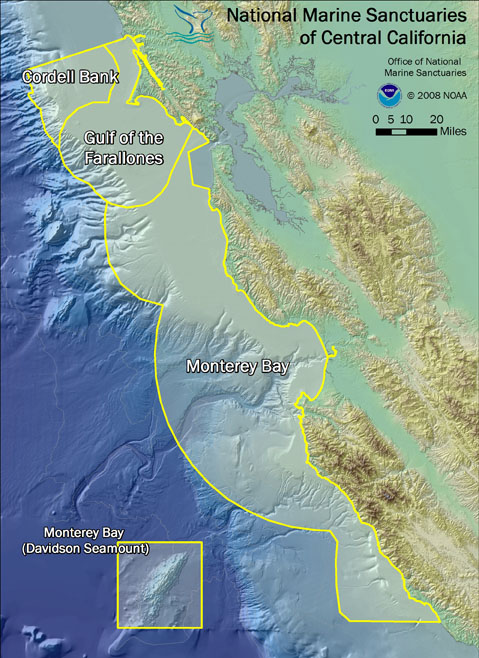 A recent expedition by NOAA, MBNMS, and Nautilus, returned to Davidson Seamount.  And is typical of Davidson delivered with a spectacular display of life.   Over 1,000 individuals of the small sized octopus Muusoctopus robustus were caught on video hugging the rocks in a brooding position.  It is unclear why these octopuses are using the seamount as a nursery.  Higher currents around seamounts may bring more oxygenated waters.  The dense aggregations of other animals may provide abundant prey.  The crevasse, cracks, and rocky rubble of this old volcano may provide shelter from predators.