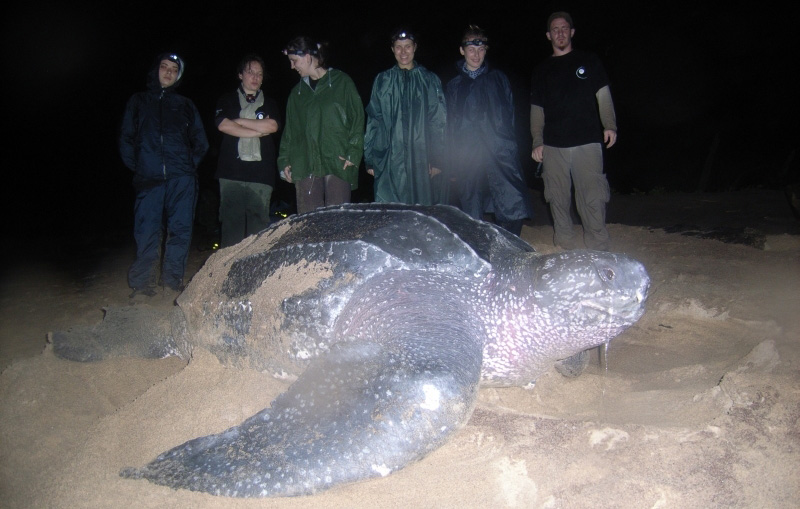 Pearl Jam’s “Backspacer” is declared the victor in the Great Turtle Race, the first leatherback sea turtle to arrive in the Caribbean Sea from foraging grounds off Nova Scotia, Canada. The largest turtle in the race, Wawa Bear (pictured), was not the first place winner but she’s stirring the news because the 1200 pound behemoth arrived on the shores of French Guiana to lay 95 billiard-ball sized eggs.

“She is one of the biggest turtles we have ever weighed in French Guiana,” says Dr. Jean-Yves Georges. “She weighed 50 percent more than our average nesting turtles!””

“Our research has shown that turtles tend to be 33 percent heavier in Canada when they are bulking up on jellyfish than on the nesting beach after their migration,” adds James. “That would have put this turtle over 700 kilograms—more than 1,500 pounds—when we worked with her in the summer.”