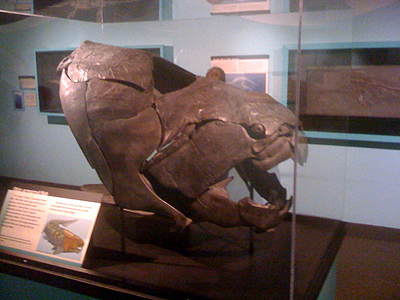 Dunkleosteus skull at the Cincinnati Museum of Natural History

Way before even your great-great-grandpappy was born and Ohio was ocean instead of cornfields, it was the “Age of the Fishes”.  During this Devonian (400-360 million years ago), the placoderms, giant, shark-like, armored fishes, ruled the oceans.  Among the largest and most fearsome of these were the arthrodires, the joint necks.  The lovely pet above is Dunkleosteus at 25 feet in length.  I think we are going to need more butter! Given all the weight of the armor, Dunkleosteus was probably a slow swimmer. But hey when you are that big and armored how fast do you need to be? 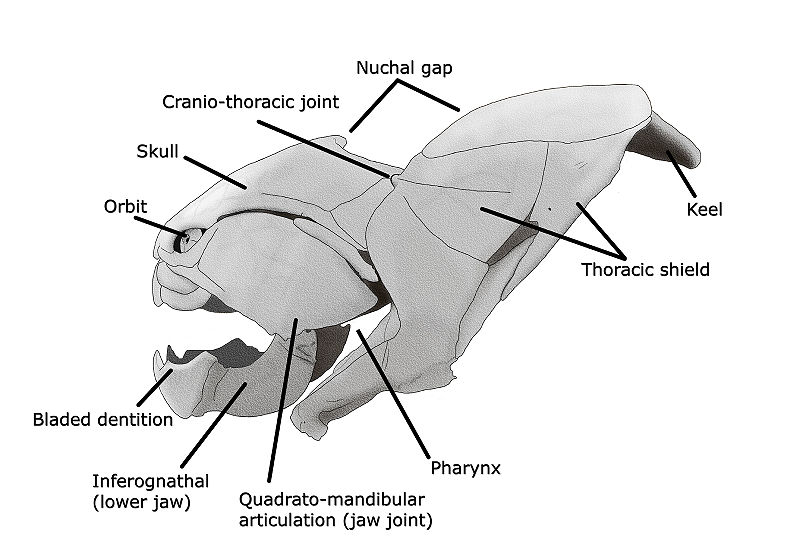 Illustration by Steveoc 86 and licensed under the Creative Commons Attribution 3.0 Unported

Instead of teeth, those bony plates you see above would shear past one another forming vicious cutting edges.  In 2007 Anderson and Westneat, built a computer model based on this big boy’s bones and muscle attachements.  The two authors determined that a large individual could rip apart its prey with a force of 8000lbs at the tip of the jaws and with more than 11000lbs at the back of the dental plates. The authors conclude that “This bite force capability is the greatest of all living or fossil fishes and is among the most powerful bites in animals.” 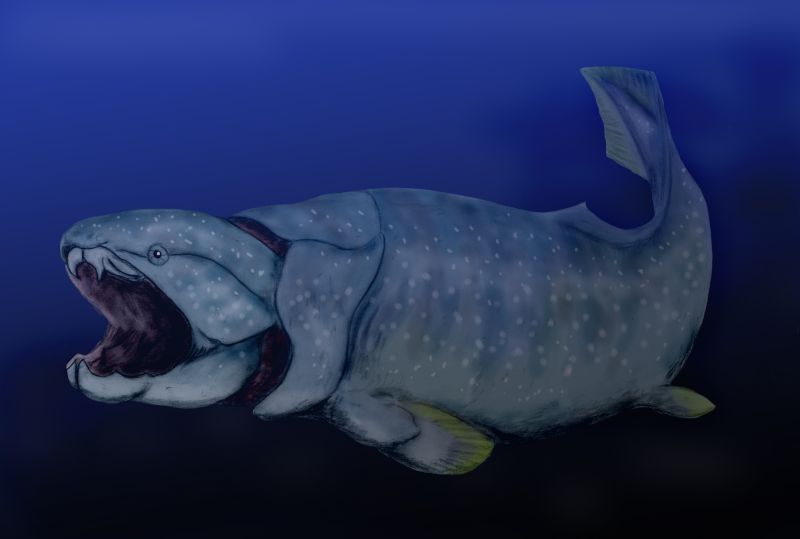 Illustration by Arthur Weasley and licensed under the Creative Commons Attribution 3.0 Unported