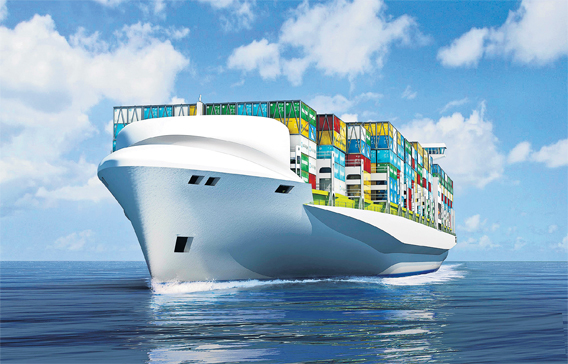 We’ve seen multiple designs of late for  ferries, cargo and container ships, and yachts focused on lower fuel consumption.  What is driving these new designs?  Economics…pure and simple.  The Emma Maersk

Running at her rated 80 Mw, her main engines burn 14 tons of residual fuel each hour. Annually, that’s 97,400 tons of fuel. Her auxiliaries, delivering their full 30 Mw, burn an additional 6.6 tons/hour, for a total fuel burn of 20.6 tons/hour. Given 290 steaming days/year (80% capacity factor, which is conservative), this yields a total annual usage of 143,400 tons or about $64.5 million in annual fuel costs.

The latest from Det Norske Veritas (DNV) is Quantum, a new concept design for container ships to be realized in the next 3-5 years. DNV’s calculations suggest that “the total cost of the system including capital expenditure, operating expenditure and fuel cost will decrease by 14 per cent and the total CO2 emissions will be reduced by 35 per cent.” The key to the design is a dual fuel liquid natural gas and diesel system.

2 Replies to “The Future in Ship Design”