Oil is bad for wildlife. Period. But we really do not understand how it is bad. What does it do? Can marine organisms respond physiologically to oil in diets? For instance, translocate the toxic components to feathers and molt it off, much like some crabs, or have other physiologically mechanisms to eject the toxin from their system.

Much of the ecological reporting has focused on oil-covered sea birds and their rehabilitation. But the fact of the matter is they became oil-covered trying to find food in the oily Gulf. What happens when oil-pollution is not as extreme as the Deepwater Horizon event and doesn’t cause visible damage to sea birds, but oil may accumulate in their prey, or may be residual from an oil spill event? 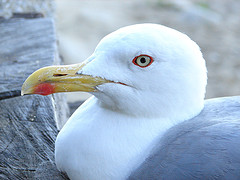 During the mating season, sea gulls have a bright red spot on their bill as a result from intake of pigments called carotenoids in their prey. Carotenoids are synthesized by algae, fungi, bacteria and plants and important in coloration and enhances several immune system-related functions. For gulls, the brighter the red spot the hotter you are! Perhaps this is because the spot signals a healthy environment, good physiology, high level of plasticity or maybe they are just good in the nest. But the maintenance of the trait signifies that the potential suitor can afford any costs associated with it. For instance, maybe the red spot makes it more visible to predators or there may be nutritional or physiological costs associated with the intake of the carotenoids.

Many pollutants cause oxidative stress. If the body is under oxidative stress than there is a greater demand for antioxidants, which depresses expression of carotenoid-based coloration. Therefore, Pérez and colleagues suggest that in a recent study that coloration on the gull’s beaks can be used an environmental indicator. To test this, they measure various indicators of oxidative stress (i.e. levels of antioxidants, vitamin E, lipid peroxidation levels) and carotenoid concentration in gulls fed oil-laden prey versus gulls fed clean prey. The oil for this study came from the Prestige tanker spill of 2002, off the coasts of Spain and France. 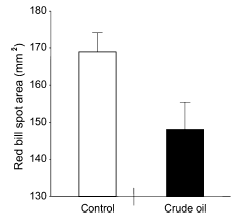 Fig 3 from Pérez et al: Effect of oil supplementation in the gulls' diet.

The effect of supplementing the gulls’ diet with oil-laden prey has a pretty drastic effect on red spot size, being on average 16% smaller in birds with oil in their diet. This appeared to be associated with an increase in carotenoids and vitamin E in the plasma, meaning the antioxidants were being mobilized to deal with the oxidative stress of the hydrocarbons. As the concentration of hydrocarbons increased in the birds, the level of carotenoids decreased, meaning less were available for color expression in the beaks. Conversely, at high carotenoid levels, hydrocarbons were low, meaning that they were doing their job as antioxidants.

The findings suggest that there is a physiological indicator in the beak’s coloration that could be used observed on a population of birds to detect possible pollutants in their diets. Additionally Pérez and colleagues find a tradeoff between allocation of the carotenoids to either beak coloration (sexual signals) or physiological processes.

“Because of the role played by carotenoid-based traits on social interactions (Hill and McGraw 2006), disruption of this signal by alteration after exposure to oil pollution could have effects on the reproductive output. In yellowlegged gulls, red spot size is a mutually selected sexual signal. Thus, in a previous study, we found that food provisioning by both parents depends on the size of red bill spot of their partner (Morales et al. 2009). Moreover, the red spot on the bill elicits chick begging behavior (Tinbergen and Perdeck 1950), smaller spots could also affect chick growth. Integration of biochemical, physiological, ecological, and behavioral approaches may be advisable when quantifying the real impact of pollution on wildlife (Zala and Penn 2004).”

While images of oil-soaked birds are rattling around in our heads right now, there are other worries that may linger long after the effects of the current oil spill have waned. Some sea birds are already facing severe threats from the home or migratory ranges due to other toxins or introduced predators and parasites. Oil spills or even more modest leaks near feeding and flocking grounds risk adding more insult to injury to these fragile populations.