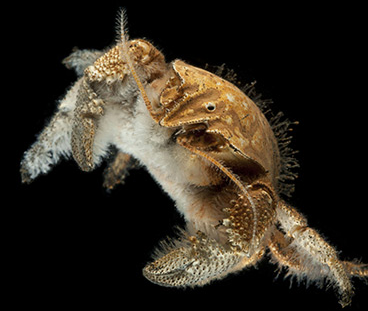 On December 15th, I mentioned the exciting news from Jon Copley of the discovery of potentially new species of Yeti Crab. The Guardian has a photo gallery of the some of the creatures from the Dragon Vent including the new Yeti Crab. Below is the video that ends with some great footage of both the Scaly -Foot Snail and the Yeti Crab.

One Reply to “Another New Yeti Crab! Pt II”