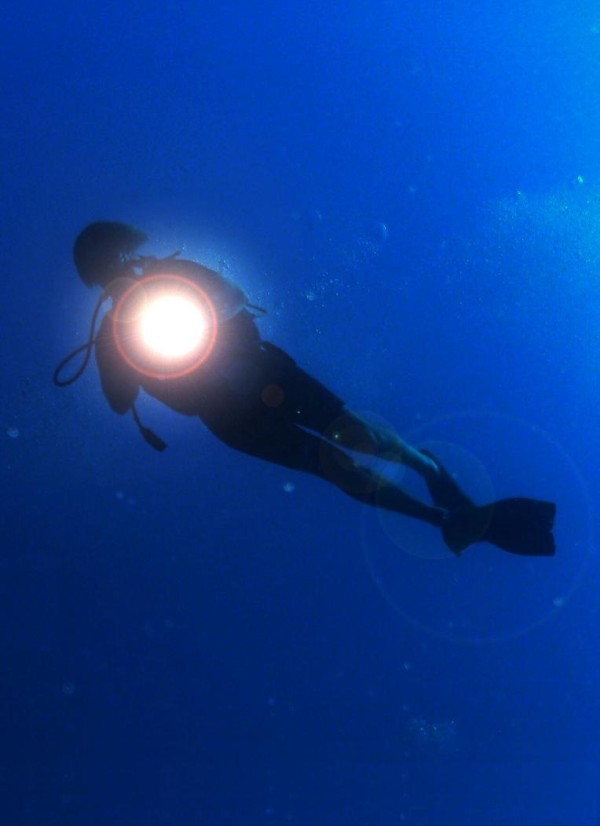 Being a total dick on the web is easy.  From the safe (and relatively anonymous) confines of your bedroom, place of work, mother’s basement, or Starbucks, and armed only with Internet access and the 1st Amendment, everyone can be a critic.  Our brave new online world has given anyone with a keyboard a virtual soapbox to spew venom and every flavor of -istic and –obic vitriol they more than likely wouldn’t otherwise possibly dare utter face-to-face.

The flip-side is that thanks to the Internet, anyone can add their voice, their light, to advance our collective understanding through innovative and beautiful writing, art, and creativity.

I realize I’m setting up a false dichotomy here, making it seem that as far as online contributions are concerned, you’re either part of the enlightenment or you’re a knuckle-dragging throw-back.  Of course there’s a great, big, wonderful continuum of online discourse.  But those of us who have been around the blogosphere for a while (or devote even a passing attention to the comments sections of un-moderated web news outlets like CNN) soon realize that my forced dichotomy has some merit.  It’s a lot easier to tear down than it is to build.

Here at Deep Sea News, we’ve spent some time thinking about what we want the collective body of our online contributions to say about us as ocean scientists and about the scientific enterprise.  While we don’t expect everyone to fully fathom the depths of our geekery and passion for our particular areas of ocean science expertise that allows us to answer our questions about the nature of our watery planet, we are nonetheless collectively committed to the belief that an informed citizenry must have at least a familiarity and comfort with science to tackle many of the activities and issues of modern life and threats leveled at our oceans.  Even though you don’t need to know the details of every scientific conundrum, we believe you need an awareness of what is and isn’t science.

At the core of this awareness is scrutiny.  And while scrutiny may require us to be critical, it does not necessitate that we be negative.  By all means we will call bullshit where we see it.  But that doesn’t mean that we have to be dicks.  In our First DSN Retreat late last year, we attempted to codify a statement that got to the heart of our commitment to this core value:

Awareness Through Scrutiny, Not Negativity… We believe that a critical assessment of ongoing ocean issues and science is vital, but that open conversation is hindered by negativity.  We will strive to be professional, diplomatic, empathetic, and rational in our evaluation.

Over the years, either here at DSN or at our personal blogs where many of the Deeplings cut our teeth on online science writing, we’ve focused our scrutiny on ocean science, ocean pseudoscience, miscellaneous quackery, and various extraordinary claims that have been made about the ocean.  While often peppering our critical analyses with bawdy humor and the sort of unique perspectives that we think readers have come to expect from us, we’ve done our best to strike a tone that is witty and sarcastic yet not mean-spirited.  Admittedly, this is sometimes a difficult tightrope to walk (particularly while writing with a few bourbons in me).  But I think in retrospect we’ve done an admirable job in this regard.

Case in point, and perhaps my favorite example of Deepling scrutiny without negativity, is a little story we like to call The Planktos Incident.

To tell this tale, we need to turn the clock back and dust off a few posts from the Deep Sea News archives as well as Miriam’s The Oyster’s Garter, and my own Malaria, Bedbugs, Sea Lice, and Sunsets.  Back in 2007 a small California-based start-up, Planktos, began pitching a concept for marine ecosystem restoration, climate change mitigation, and the creation a carbon offset scheme for individuals and businesses.

Planktos planned to triangulate these goals via the artificial fertilization of open-ocean algal blooms.  The company proposed mimicking the addition of nutrients that naturally occurs along coastlines through the artificial “seeding” of iron filings into seawater. This concept and proposed methodology presented a means to fix and quite literally sink oceanic and atmospheric carbon dioxide.  As an added bonus, it created a carbon offset scheme that could be pitched to potential investors looking for a method to reduce their carbon footprint.

It was a great idea… a beautiful idea.  But to quote Thomas Henry Huxley, it was a beautiful hypothesis marred by an ugly fact.

In late 2007, I published a short critique of Planktos’ proposed iron fertilization off the Galapagos Islands.  In that post, I posed what I thought were a few unanswered (and not trivial) questions:

“What might a rain of iron filings mean for benthic ocean communities? Where does the iron filing supply come from and what contaminants might it have? And since not all phytoplankton are alike, what happens if you spur on harmful algal blooms. Finally, couldn’t the lure of massive profit potentially taint your research into the efficacy (or threats) from your iron dumping scheme?”

Shortly thereafter, a follow-up post by DrM on Deep Sea News pressed Plannktos for a response to his own questions regarding their methodology.  Craig leveled his skepticism at the out-of-sight yet problematic seafloor impacts following the dumping of iron filings into the ocean, including the lack of ability to quantify any long-term and downstream effects, potential oxygen depleted conditions of the seafloor below fertilization, enhanced release of nitrous oxide with two hundred times the greenhouse gas potential of carbon dioxide during the decomposition of organisms, and lack of predictability of the amount of carbon dioxide that will actually sink to the seafloor and how long it will be sequestered.

Following Craig’s post, Miriam on The Oyster’s Garter leveled a comprehensive dismantling of the science behind the company’s responses to criticism from the scientific community.  “I’m appalled Planktos has even gotten off the ground with such poor, nonsensical science,” wrote Miriam back in October of 2007.  You should head back to Miriam’s original post as it still stands as a beautiful point-by-point rebuttal  junk science.

With little to no apparent regard for a precautionary approach, Planktos was essentially proposing geoengineering on a massive scale with little to no understanding of the effect of iron fertilization on ocean ecosystems. Shortly after our blog posts raised the level of scrutiny on Planktos’ plans, several international conservation NGOs as well as a few Galapagos-based conservation groups expressed their own concerns over plans to dump iron filings into Galapagos’ waters.

By early 2008, the scrutiny apparently proved to be too much for the start-up.  Lacking sufficient capitalization and investor interest, Planktos announced their plans to “indefinitely postpone activities”.  It wasn’t too long thereafter that their commercial website was shuttered and the founder issued a statement that, “A highly effective disinformation campaign waged by anti-offset crusaders has provoked widespread opposition to plankton restoration in the environmental world, and has caused the company to encounter serious difficulty in raising the capital needed to fund its planned series of ocean research trials.”

I can’t quantify exactly how much credit ocean science bloggers can claim for the collapse of Planktos’ house of cards.  But through it all we attempted to maintain a level of constructive yet highly critical analysis that would advance a conversation that we believed was not front and center in Planktos calculations: that the risks in tampering with oceanic ecosystems and processes without adequate scientific understanding far outweighed any potential profit.

And we haven’t been sitting on our hands since our Planktos days.  Since then, Kevin, Craig, Miriam, Holly, Al and yours truly have continued to level our scrutiny, not negativity, at everything from confronting climate contrarianism, to the BP Gulf oil disaster, to tainted seafood, to spurious claims about marine debris, to sharks, and even wading into the scientist/journalist fray.  We promise to keep our critical eye focused on even more ocean issues that matter to us, as well as issues that we think should matter to you our readers.  We won’t be shy in letting our readers know when we detect the whiff of bullshit.  I won’t promise that we’ll always be politic, after all that would conflict with DSN Core Values #2 and #3.  And don’t expect much dolphin hugging in these parts either.  But in our commitment to scrutiny we’ll always strive to be fair.

Let us know how you think we’re doing!

10 Replies to “Awareness Through Scrutiny, Not Negativity: A DSN Core Value”