Visualization Vednesdays highlights graphics and movies created by professional scientists. Then I butt in explain the science behind the visual. I’ll be focusing on physical oceanography cause they be my peeps, but if you know of another great ocean visualization please send it my way. But, there are some rules. These videos have to be made by the researchers themselves. No graphics department, just the pure creativity of scientists. Because really, who doesn’t enjoy beautiful things?

Tropical instability waves may be what happens to a person when they have had one too many Mai Tais while imbibing near the equator. But they are also massive ocean waves that occur in the tropics. Check out them being spit out from the Eastern edge of the Pacific in this massive simulation of the Pacific Ocean by researchers at the Japan Agency for Marine-Earth Science and Technology (JAMSTEC).

I noted this simulation is massive, because it is. The reason you need a massive model to simulate these waves is because they are massive too!  They have wavelengths that range from 1000-2000 km and periods that last from 20-40 days. This model runs for almost 4 years, at a spatial resolution of 0.1 degrees. That means that each time step, the model solves all the physics for a spatial grid with 24 MILLION data points*. Honey, this is not your Commodore 64‘s model.

Tropical instabilities are formed by the shear between a number of currents that eastward and westward currents found near the equator. Sandwiched between the eastward flowing Equatorial Undercurrent and the Northern Equatorial Current, is the westward flowing South Equatorial Current. Small perturbations of the interface between the currents become waves, which then shoot westward. Sometimes, the undulations get so large that they curl backward and form the eddy-like curls seen in the simulation above. 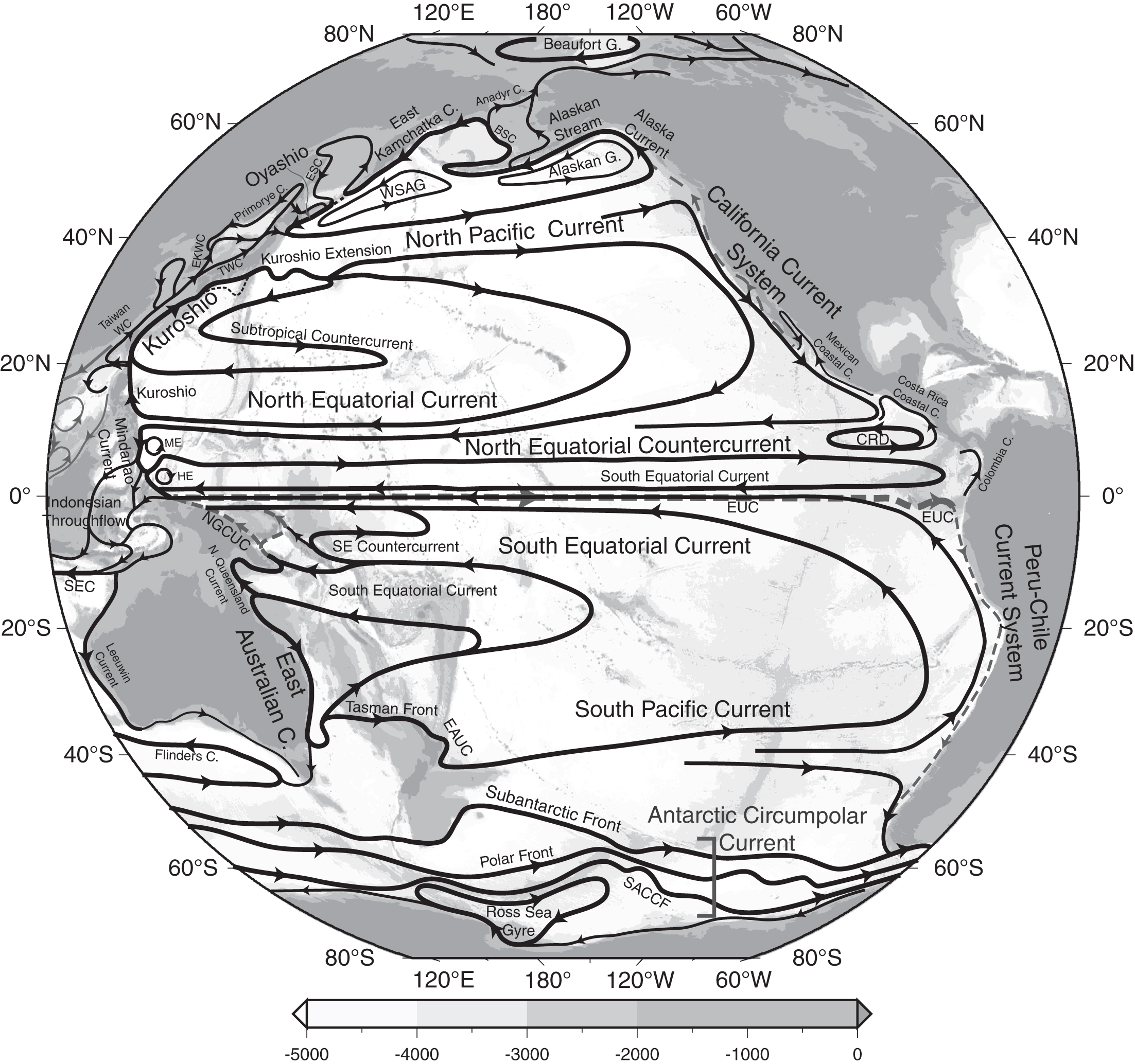 By the power of grey skull….tropical instability waves have the power!

And just like at a KISS concert, these energetic waves form when a tongue appears. But this is not Gene Simmons tongue, this is the Pacific Cold tongue. Cold water upwelled at the eastern edge of the Pacific pushes in a blob over warm water that is found to the west. Undulations and eddies are observed at the interface of warm and cold waters. This huge temperature differential is what enables us to observe Tropical Instability waves from space by measuring sea surface temperatures.

A scientific comparison of tongues. To the left, the Pacific Cold Tongue (blue). To the right, the Simmons Warm Tongue (pink). (Bad photoshop is mine)

Tropical instability waves also occur in the Atlantic, but are just not as common or as massive. Unfortunately, it does not have a tongue of unusual size (TOUS). Thankfully, the Pacific does.

* I estimated this number from the grid size shown in the movie, but most likely the numerical grid is even bigger than what you see. Model domains are often padded with a sponge layer, which damps any crazy reflections from the boundaries. These reflections occur because you have squeezed an ocean into a box. While numerically correct, they are physically unrealistic  and if not taken care of can screw up your model big time.