Can you smell that?  Despite being spring it smells just a little less green.  Indeed, there is a little less green around me.  Sure the plants around me in North Carolina are in full emerald plumage.  However the green that really matters—dollars, money, cash, currency, dough, bread, Benjamins, dough, bank, cabbage, chedda, dead presidents, folding stuff, scratch—is nowhere around. The sequester reduced the National Science Foundation’s budget meaning 1,000 fewer funded grants in 2013.  Of course, with funding rates at 5-10% before the sequester with essentially NSF’s decade long frozen budget in the face of rising costs of salaries and supplies did not exactly mean that NSF was raining money on scientists before.

So I’m looking for a deal and if Fisher Scientific or VWR did double coupon Tuesdays I wouldn’t have time to write this article.  Stealing a research ship doesn’t seem to be a totally terrible idea.  If I could afford a graduate student and could convince them to swim to the depths, my ROV problem would be solved.  However, I still need a stereomicroscope (my undergraduate’s arms eventually get tired of holding multiple magnifying glasses). 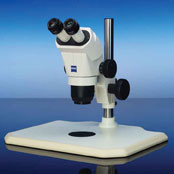 Why won’t you let me afford you, Zeiss?

What I really want is a Zeiss Stemi 2000C.  The optics are the Bentley of microscopes.  The smooth sliding action on the magnification and focus knobs is butter, no eating butter inside of Bentley.  But the $5,640 pricetag is 10x my current budget.  But, this is the kind of scope that causes a nerdgasm just from touching it. And I do want a nerdgasm. Unfortunately there is no thriftshop for used Zeiss, or any other, microscopes.  Off to search the might Internet!

In searching, I came across Amscope.com where I found an equivalent model for $439.38.

So how equivalent is it?  Well, the Amscope website is not nearly as polished as the Zeiss website.  This gave me pause.  On the other hand maybe they don’t pay some web developer and pass those savings along to the customers!  The Amscope SM-1TZ appears to have everything I need.  What is the quality of a $440 scope? Do I order it?

At $440, I had exceedingly low expectations.  I agonized that I might get exactly what I paid for. The day the box arrived with scope, I thought I had made a tragic mistake.  The shipping box was that cheap, thin cardboard that you typically find containing ceramic coffee mugs made in China.  This did not instill hope.  I opened the box carefully worried that even the slightest movement would break this cheap piece of shit. 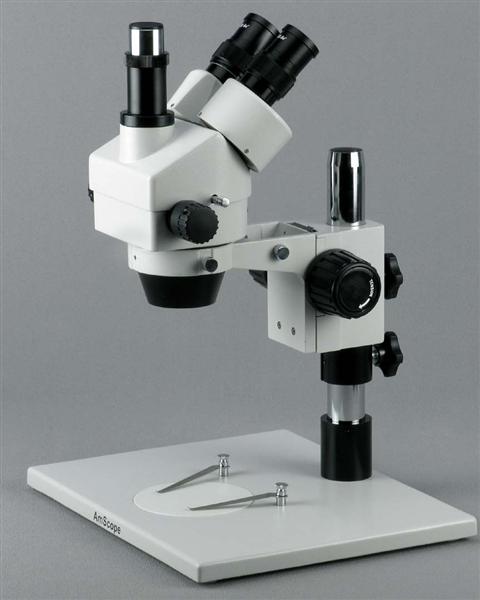 What I found inside was not a cheap stereomicroscope.  I found a solidly built instrument.  The parts are all metal and fit together well.  The optics, while not the magical quality of a Zeiss, produce a nice magnification and image.  The plane of focus is amazingly broad.  The 0.5x wide magnification len is perfect for sorting bulk sediment samples.  My only complaint after two solid weeks of working with the scope is 1) the focus knob’s motion is a little rough (TWSS) and 2) adjustment of the width of the eyepieces is awkward.  With regard to the eyepieces the width is adjusted through rotating them on their pivot point which occurs at their bottom.  This is reverse most scopes that swivel on their uppers.  Not necessarily a problem but it will require some behavior modification on my part.  Given the price and sturdiness of the Amscope it would be a great purchase for a field or vessel operations.

This sequester can f’ off!

UPDATE: Note my new baby has a nice camera tube. Assuming I don’t have a digital camera, do you have recommendations on the best budget camera and/or adapter?