“Come to Mexico…” muttered Craig, droplets of sweat lining up to swan-dive off the tip of his nose like nervous kids at the diving platform, “…see the whale sharks, they said, it’ll be fun, they said…”.  Jake, absorbed in assembling solar panels, asks “Hey man, can you pass me another screw?”.  We’re installing an Automatic Identification System receiver at the top of the observation tower at Isla Contoy National Park, Yucatan Mexico, in the hope of better tracking the conflict between commercial shipping and whale sharks in the afuera aggregation area – the largest whale shark aggregation in the world.  “You guys need me?” I toss out nonchalantly. “If not, I’m going to go snorkeling with Rafael and Beti.  We’ve got to, ah, check on the acoustic recorder.  Yeah, that’s it.  The EAR, Mmhmm.”   It’s good to be the king… 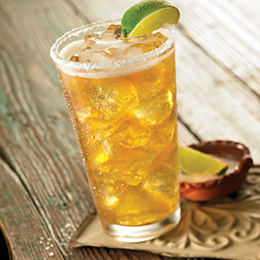 Mexico is hot.  Yucatan Mexico in August is hotter.  The top of the observation tower at Isla Contoy in August is hotter than Satan’s bike shorts.  Cutting two by fours up there with a vintage rusted hand saw is, as we would say back home,  hard yakka.  I don’t care what kind of cocktails your SoHo “mixologist” proffers for you from the safety barricade of his turtle neck at 2am, there’s only one drink for 2PM on a searing Quintana Roo afternoon when the sun is dogging you like a collection agency: beer. Yes, BEER.  Icy cold, delicious, sweet, bitter beer.  Bring. It. On. May it not touch the sides.  On the boat on the way back to Cancun, Beti busts out cans of Superior that have been secretly chilling all the while we were working at Contoy.   Ahhhh “Te Amo Beti!”, I think out loud; my beer fairy!  The icy sting of frosted can on lips pre-salted with sweat and seawater is as close to the drink of the gods as I know, even with a lingering aftertaste of contaminating Coppertone.

Assuming you don’t have Beti on your boat ensuring a consistent supply of lagers, though, you may need to consider beer cocktails as a facsimile.  Beer cocktails?  You betcha.  Lets start simple with a classic Mexican chelada:

Cheladas are a mainstay of the all-inclusive resorts that line the zona hotelera south of Cancun, where folks sip them because, well, you’re supposed to in Mexico.  The truth, though, is that an earned chelada is ten times better than one ordered at leisure.

If, like me, you prefer a bit more meat on your sandwich, though, have you ever tried a michelada?  This is a slightly more derived beer cocktail that comes in a variety of types (and no, I don’t mean that unholy terror that Bud put out, which I refuse to link to).  I have had them in Mexico  with Worcestershire sauce, Maggi sauce, and even some sort of sarsparilla concentrate I didn’t recognise, but my favourite is actually one I used to make up as a breakfast for friends on early morning bass fishing trips to the lake near where we live in north Georgia.

What I love about this is that, like Thai food (and the best of all cuisines, for that matter), it hits every part of the palate: sweet, salty, hot, bitter and umami.  Fan-freakin’ tastic.  Truth be told, though, my buddies weren’t as big a fan of this as I am; Clamato isn’t for everyone.  If you’re already gagging at the very thought of seafood and alcoholic beverages, then over to Cartman.

Let’s say you’ve got a couple of cervezas under your belt and you’re ready to kick it up a notch.  May I recommend a tequilita and sangrita?  OK, I get that tequila scares a lot of folks, but I honestly think it’s because they’ve been drinking CRAP tequila.  Here’s a hint – if you need to “lick, shoot, suck”, then you’re drinking the wrong tequila.  Seriously.  There are as many good tequilas out there to try now as there are single malt scotches.  A really good tequila you will want to drink from a snifter, I kid you not.  If I can recommend just two to try, I suggest you look for Maestro Numero Uno Anejo (my all time fave) and Don Julio Setenta, a very unusual but delicious clear anejo.  If you can’t find these, though, lots of bars will have an ice cold bottle of Tradicional in the freezer, and “Quisiera una tequilita frio” will get you on on a path to happiness rapido.

In between tequilas, there’s a terrific idea called sangrita that I hadn’t met until a little while ago.  These are palate-clearing shots of fruity, tomato-based, um, stuff.  Look, it’s better if I just give you the recipe, which comes from a little bar at the old bull ring in Cancun centro.  It’s going to sound crazy but don’t knock it until you’ve tried it.

Serve in shot glasses with each tequila shot.

I’m sure there was supposed to be some marine science in this post, but I seem to have got totally distracted on alcoholic beverages.   How did that happen?  On second thoughts, don’t answer that, just wipe the tropical sweat from your forehead before it stings your eyes and try one of the above to alleviate the heat.