The 2011 Fukushima Dai-ichi nuclear fiasco was a disaster that is still affecting Japan. But it also raised an onslaught of questions about the potential dangers of the leaked radiation back here in the US. Some of the major ones are:

Is Fukushima radiation going to fry the West Coast of the U.S.?!?  No.

It MUST be causing all those sea stars to melt…right? Wrong.

Am I ever going to eat delicious fish from the Pacific ever again?? Yes. Fear not.

Is a giant, radioactive monster going to emerge from the ocean depths and unleash a reign of terror on mankind?!?! Er…Not likely….but even I have to admit…the timing is oddly suspicious on that one. 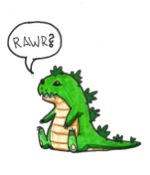 I’m not a monster.
Source: Kightay

Because the incident was the largest accidental release of radioactive materials in the ocean ever, these concerns are not unwarranted. We should be asking questions about human and ocean health but not ignoring evidence when confronted with it.  However, what I find hugely disconcerting is the one question that is hardly ever asked:

What about the marine life right off the coast of Japan? How did the largest accidental release of radioactive materials in the ocean impact them? 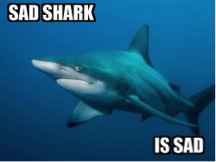 As always, DSN is here to help and shed light on the question you forgot have yet to ask.

Which marine organisms were most affected?

As with many oceanic ‘pollutants’ and your Facebook relationship status, “it’s complicated” is the honest answer here.  There are numerous factors to just how radioactive our watery friends became after the Fukushima catastrophe went down. Distance from point source, is the most obvious. The closest to the power plant, the higher the dose. The farther away…well you know what they say… “dilution is the solution to pollution.”

However, less intuitive forces are also at work. For instance, depth, whether or not you are a demersal (bottom-dwelling) or pelagic (open ocean) critter, how mobile you are, your life stage, and whether you’re a fish, invertebrate, mammal, or seaweed could make a drastic difference on the level of radionuclides you would be susceptible to. Heck, even which radionuclide we are talking about makes a difference (because of the science currently available, I have stuck with Cs-134, -137, and I-131 for the sake of this discussion).

When it comes to radiation, mammals are the most sensitive. Hence why people care so much about…well…people. They will be affected first and this is why the regulatory levels (100 Bq/kg wet) are set at what they are.  This falls under the idea…you protect the most sensitive thing…you protect everything else (an idea not tested in all scenarios). After that, you have the fish and then the invertebrates. Most invertebrates are actually relatively hardy regarding radiation…comes with the territory of living with NATURAL radiation for so many thousands of years.  Not far behind, are the seaweeds. Seaweeds even accumulate some radioactive isotopes like Iodine-131 to higher levels than the seawater.  Accumulated iodine normally acts as an antioxidant, thus they like it cause it saves them from certain oxidation reactions that can be detrimental to their poor seaweedy cells. However, people don’t particularly like it when seaweed accumulates radionuclides…cause people eat lots of seaweed in Japan. 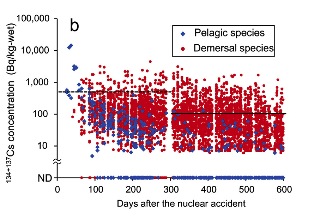 Concentrations of Cs in species around Japan after Fukushima.
I call blue team.
Source: Wada 2013

So how much was marine life influenced by Fukushima radiation? The graph above that looks uncannily like paint ball practice tells us the Cesium concentrations in both pelagic (blue team) and demersal (red team) species. The little black line shows the shift in Japan’s regulatory limit.* Though critters that play in the water column may have received a higher dose at first, that quickly faded. What may catch more of your attention is that red team has piss poor accuracy on the paint ball field has levels that remain relatively constant over time. That is because they live closer to the sediments, where all pollutants go to hang out with other pollutants. Thus, these critters continue to be dosed with radiation and will continue to for decades to come (Don’t forget half life of Cs-137 is about 30 years).

Lastly, and perhaps most importantly, fish can metabolize Cesium relatively quickly (and I-131’s half life is so short that it also rapidly leaves the body). Though fish can accumulate Cesium to about 100 times seawater levels, if they leave a contaminated area the loss rate is pretty high.

To restate, pollutant exposure is a complicated process (no matter which kind of pollutant you are talking about). Variability is the name of the game, but now you know who potentially got the shorter end of the nuclear disaster schtick.

How much radiation can marine critters actually take? 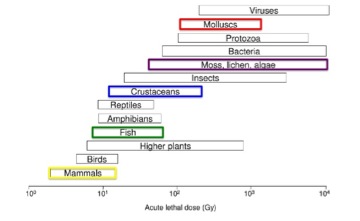 For the most part, radiation exposure in marine organisms causes the same damaging effects as radiation in humans. At high doses, fatality occurs. At low doses, carcinogenic maladies and reductions in reproductive capabilities can occur. However, as see in the graph above, it takes orders of magnitude MORE radiation to cause such injuries in marine life than it does in humans. However, we still do not know much on how radiation exposure influences non-human biota at really low doses over longer periods of time, if at all. But groups like UNSCEAR and ERICA are focused on assessing the radiological risk to non-human biota.

Answer: Not too much. With a conservative approach, models estimated total dose rates much lower than baseline safe levels (10·10-3 Gy/day) that would cause population consequences at even chronic exposure conditions for marine life. Doses were estimated at 1.2·10-5 Gy/day for pelagic fish, 2.9·10-5 Gy/day for molluscs, and 4.1·10-5 Gy/day for algae. Don’t forget that these are averages, and there is variability in these numbers based on some of the factors we have already discussed.

Again we caution that more information is needed on how radiation exposure influences marine life and some organisms/species/life stages (like them little fishy babies) and the differences in susceptibility among them. Of course, the biggest issue is the synergy of multiple stressors. What happens when you start to compile global stressors (rising pH, temperatures, extreme water pollution) AND a nuclear meltdown? Organisms that are already dealing with an onslaught of human-derived stressors might be at higher risk from the influence of Fukushima.

*Note* Japanese regulatory limits were some of the strictest in the world before the disaster and were reduced to ensure strictest standards when it comes to monitoring radionuclides in food supply. To see how this level was calculated and why, here is an explanation. These levels are set to minimize human consumption of contaminated seafood and thus exceeding them will result in a fishery closure.

57 Replies to “The question you should have asked about Fukushima, but probably didn’t.”