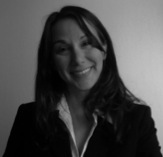 This is a guest post by Chelsea Rochman. Chelsea is a post-doc at the University of California Davis. This is her third guest post at DSN.

You may have heard me say it once, and I’ll say it again: the oceans are a toilet bowl for our waste. Throughout history, our solution to pollution has oftentimes been “dilution”. As a consequence, chemical pollution is now ubiquitous in our oceans as a result of industrialization, waste-management strategies (and/or lack thereof), natural disasters, etc….

Picture a watershed. Treated or not, our waste often finds its way into the oceans via rivers and streams, like arteries leading to the sea. As a consequence, ocean water, sediments and marine life are contaminated with pollutants (e.g., plastic debris, pesticides such as DDT, flame retardants such as PBDEs and metals such as lead and copper). Due to a large diversity of sources, all leading to our connected oceans, it can be VERY difficult to pinpoint the source of pollution when its fate is the aquatic environment. 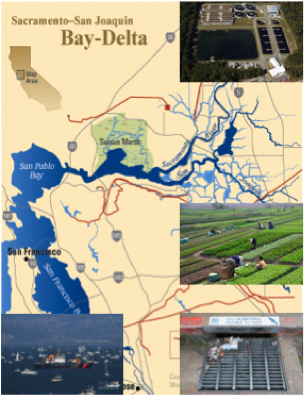 As such, it becomes my job to try and solve this mystery and basically play detective on the open sea.  What puzzle am I trying to unravel? Well, I’ll warn you, it’s a trashy one… 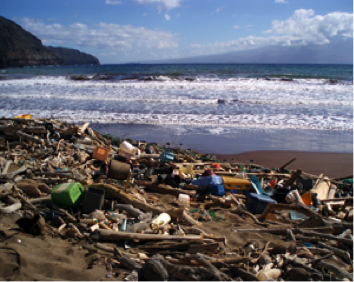 Throughout my scientific career, I have been trying to understand whether marine plastic debris is a vector for chemical pollutants to accumulate in marine animals and marine food webs. Over the years I have collected several lines of evidence suggesting that it may be.

Scientific Evidence #1: Plastic is made of a large diversity of chemical ingredients, several of which can be hazardous at large concentrations (e.g., the monomers vinyl chloride and styrenes and the flame retardant PBDEs).

Thus, plastic marine debris is associated with a cocktail of chemicals that can be hazardous. So, the next question is, can these chemicals accumulate in animals upon exposure?

Scientific Evidence #3: When plastic, that is allowed to soak in the ocean, is fed to fish in the laboratory, some chemicals transfer from the plastic to the fish tissue, thus bioaccumulating. We found greater concentrations of PBDEs in fish fed plastic that had been in the ocean versus fish fed no plastic at all or virgin plastic.

Scientific Evidence from other studies: Plastic ingestion occurs in hundreds of species, including 30 species of marine mammals, 41 species of fish, 119 species of seabirds and 6 out of the 7 species of sea turtles and plastic debris recovered from the oceans globally, even from remote regions, is contaminated with chemical pollutants.

ALL leading to the question: Does what we have observed in the lab occur in nature, i.e., does the plastic ingestion observed in wildlife cause the bioaccumulation of chemical pollutants found associated with marine plastic debris? As mentioned earlier, this is where it gets tricky and one must think like a detective, pulling together pieces of a puzzle to ask a greater question.

I was granted an opportunity to sail across the South Atlantic, leaving from Brazil, with 5Gyres aboard their sailboat, the Seadragon. Despite the fact that I get horribly seasick, I jumped at the opportunity and raised enough funds (from the public!) to spend 4 weeks at sea in some of the worst weather I’ve ever experienced in my life with 12 strangers cramped into a small, small space. After fixing our main sail twice, repairing our water maker several times, and almost running out of fuel we made it to Cape Town, South Africa safe and sound. The experience was a mixture of horrible and awesome all at the same time! Would I do it again? Probably. 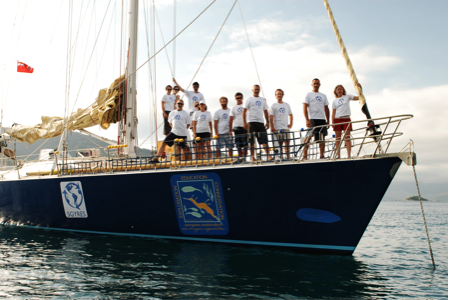 While at sea, we sampled lanternfish, plastic debris and water.

We chose lanternfish because they are known to eat plastic debris in open ocean gyres and these fish are good indicators of contamination in the local environment. They make vertical migrations to the surface to feed, which is where plastic debris accumulates and eat low on the foodchain, mostly zooplankton. As such, one might expect that chemical body burdens in these fish would be similar to patterns in the water column where they were sampled. But, if they were exposed to plastic debris and were ingesting this material, we might expect their chemical body burden to be similar to the plastic debris.

Our objective was to determine if fish living in areas with large accumulations of plastic had larger accumulations of plastic-related chemicals. Thus, we analyzed all samples for a mixture of contaminants that are known to be associated with plastic either as an ingredient and/or that accumulate from the water column (BPA, alkylphenols, PBDEs and PCBs). Each analysis revealed the contamination pattern in each sample. These patterns each provide a piece of the puzzle that could be put together to understand if we could detect the presence of chemicals from plastic in wild-caught fish.

Because this study was conducted in the open ocean, we observed a lot of variability. There was plastic and chemicals contamination in every sample, and concentrations and amounts were variable along our cruise track. Still, one pattern stood out above all else…

The flame-retardants PBDEs are added to plastic products to, as you might have guessed, keep them from going up in flames. These compounds are composed of 2 aromatic rings with differing numbers of bromines. The higher brominated compounds are often used in plastics today and can be found on some plastic products in large concentrations. We found that most of the plastic debris we sampled had a large amount of these higher brominated congeners relative to the lower brominated PBDEs. In water samples, we found an opposite pattern, that 100% of the PBDEs in water samples were these lower brominated congeners. As such, most of the fish we sampled had congener patterns similar to those in the water column. However, some fish had relatively large amounts of higher brominated PBDEs in their tissues and these fish happened to be caught in areas with relatively larger amounts of plastic debris. We found that the amount of higher brominated PBDEs in fish tissue was positively correlated with the amount of plastic sampled in the area. So, our data suggests that YES, chemicals from plastic can accumulate in fish and that higher brominated flame-retardants may be indicative of plastic ingestion in wildlife.

Adding strength to our evidence, others researchers in Japan and at CalEPA have come to the same conclusions finding similar patterns with higher brominated PBDEs and plastic debris in wild-caught fish and seabirds in the North Pacific.

So while it can be difficult to determine the sources of contaminants in nature, good detective work can lead to a greater weight of evidence to better understand sources of chemical pollutants, even in the vast open ocean. And in this case, it seems that the current state of the evidence suggests that marine plastic debris can be a vector for chemical pollutants to accumulate in marine animals and thus potentially marine food webs. So now I’m on to the next piece of the puzzle: how might this affect humans, who sit at the top of some marine foodchains, when our diet includes seafood?