The deep-sea Osedax bone-devouring worms could easily have been the poster child for Deep-Sea News instead of the Giant Squid.    I love them because Osedax are little soft sacks resembling snotty little flowers.  Perhaps that’s why one of the first named species got the Latin name of Osedax mucofloris, literally bone-devouring, mucus flower.

The females are the all business sex of the Osedax; the gender that actually “eats” the bones of whales and other vertebrates on the deep seafloor.  The female worms possess dwarf males, up to 114 in Osedax rubiplumus, fruiting around inside of their body. And the larger, older ladies have larger harems. Everyone loves a cougar.

Osedax is Latin for “bone devourer”.  Not quite accurate as they don’t feed on the actual carbonated hydroxyapatite, i.e. bone mineral, but rather the fats within the bone matrix. What’s not to love about these wee beasties that live off the lipids stored in bones of long-dead whales lying on the seafloor? And any bone will do.  Osedax will inhabit just about any bone, including steak bones thrown overboard as waste. 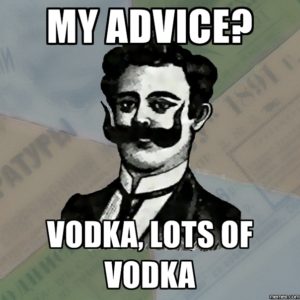 Osedax have no mouth, anus, or gut. The females extend roots into the bones to tap into these nutrient reserves.  Vertebrate bones are made of both organic and inorganic components including the main inorganic component calcium phosphate.  s That is a mouthful so we will go with VATCA which sounds like Vodka with a faked Russian accent.  So VATCA is expressed in vertebrates and allows resorption of bones through acidification. Osedax expresses VATCA, potentially the only invertebrate to do so.  Because…yeah…invertebrates are boneless and don’t need bone-dissolving acids.  So basically Osedax just dissolve dead whale parts with their roots…by using acid. Acid…yep I said acid.  As if Osedax could get any more bad ass, I’m now thinking of the Alien queen.

New work suggests that the epidermal cells also express all kinds of proteinases, an enzyme that breaks down proteins by hydrolysis of peptide bonds.  In Osedax, 24 genes were found to code for just one type of proteinases, the MMP.  In the common fruit fly there are only two MMP genes and in a common sea squirt just seven.  These epidermal cells also turn on a whole bunch of transporter genes suggesting they also uptake these nutrients just as well…like plant roots except you know some post-apocalyptic, weird animal-plant, zombie thing, plant roots.

I’ll leave you with this.  Thousands of bone-eating females will infest a whale carcass.  So many will accumulate the whale bones will appear to be covered in circa 1970’s red shag rug. A rug that eats bones, has harems, and secretes acids but otherwise a normal shag rug.

2 Replies to “How do bone-eating worms eat bones?”