Recently a couple of interesting posts sparked some introspection on how I view, label, and discuss the denizens of the oceans.  Carla Litchfield, Senior Lecturer, School of Psychology, Social Work and Social Policy, at the University of South Australia, penned a recent piece titled “Calling deep sea species ‘monsters’ may harm their conservation.”

While this misconception or inaccuracy may seem harmless, it could pose problems for future conservation efforts, as people are more likely to support conservation of cute rather than creepy-looking animals. While the angler fish is easily turned into a scary monster, the similar-sized tiny Pac-Man looking octopus is cute and popular with the public…If images are posted on social media by laypeople in a way that appears sensational and even heartless, and without any accurate information about the animals, then there is no resulting respect for these sea creatures or educational value. Simply viewing these creatures as freaks, ignores the importance of their role in keeping our oceans healthy. 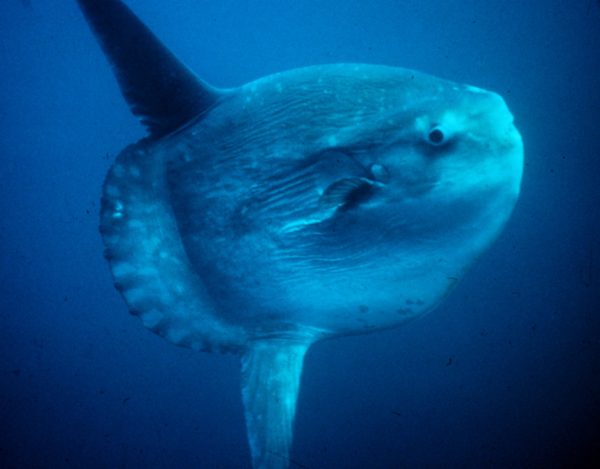 More recently, DSN republished a very tongue-and-cheek rant about the uselessness of ocean sunfish.  This drew criticism in the comments. “We are in no position to dis other species.” “Agree with…other pelagic researchers…molas are awesome, fast, predators that given their numbers and chosen prey must play an integral role in the open ocean ecosystem. Please stop spreading this rant.”  Let’s not also forget the post where we railed against the cute, cuddly view of dolphins and received a backlash of comments.

So first thing is for everybody to take a breath and stop taking yourselves so damn seriously.

Nobody is going to protect and conserve what they do not know or understand.  These pieces use a whimsical and creative writing style and informal tone to draw the audiences in.  Quite simply these posts draw views, far more than other kinds of posts here at DSN.  The reason?  Because we tap into the human curiosity of the natural world and instill a sense of awe. Or maybe because most people have a sense of humor and like science with a helping of laughter. Humor, ick factor, bizarreness, oddities, and challenging the way we think about species allows us to deliver knowledge.  How many people actually knew about ocean sunfish before the viral rant?

More than once over the years DSN has been criticized for being “too informal”, “not being serious enough about science”, and by far my favorite to date “tarting up science.”

This “oh-so-hip” presentation of a very interesting phenomenon is regrettable. I stopped reading halway [sic] through it as I couldn’t take any more. Just present the science. Tarting it up for people to read is pointless. Such readers have no value. Too bad, I would have liked to learn the real scinece [sic] presented here.

I CAN NOT DISAGREE MORE WITH THESE COMMENTERS.  Our “tarting it up” is and will remain a core value for DSN.  We will continue to work diligently to make science accessible, relevant, current, and of course fun.  Now more than ever.  You know what happens to science writing that is not engaging?  Nobody engages with it.   Quite frankly, the old way of dry science communication and being serious about science did not work.  Science communication occurred within echo chamber and we all patted ourselves on the back for a job well done.  Now, look where we are at. We need new methods engaging new audiences—those audiences that some think have no value.  For Pete’s sake, let’s lighten up and get sense of humor.

More than once here at DSN, we have referred to ocean organisms as monsters.  From parasitic crustaceans to colossal squids, we have playfully applied the monster moniker.  Quite frankly, I believe it is completely acceptable to call deep-sea species monsters, freaks, and oddities.  Anything else would not acknowledge how other worldly, bizarre, fascinating, unique, and, indeed, special these deep-sea species actually are.  That otherness reflects a fascinating evolutionary trajectory these organisms to adapt to the environmental extremes of the deep sea.  They are nothing short of beautiful monsters full of adaptive solutions to the most unique place on earth.  If Monster’s Inc., Where the Wild Things Are, and Cookie Monster taught us anything is that monster’s are lovable and beautiful.

By the way did you know the spinal column of M. mola contains fewer vertebrae and is shorter in relation to the body than that of any other fish.  That’s weird.  Why and how did that happen?  Which brings me to my next point.  When we acknowledge oddity, everyone’s natural next questions are why and how? That’s a good thing…opening the door for some amazing science communication.  To borrow from the ever articulate Jamie Vernon, “Curiosity expands our worldview.”   This weirdness inspires awe and instead of harming them may ultimately lead to their protection.

There is also nothing wrong with acknowledging that some animals suck.  Evolution does not create perfect animals.  Evolution creates just good enough animals.  Anything changes—environment, competitors, predators—those species become not so good.  The history of life on Earth is riddled with story of story of species that just could not cut it; over five billion in fact or more than 99% of all species are now extinct.  The Mola mola, or the ocean sunfish, in many regards is a ridiculous animal with some very peculiar behaviors and evolutionarily good enough.  Of course, I love ocean sunfish because of these.  Also take pandas.  They kind of suck at being a species.

Female pandas can expect a solid 16 years of fertility, but they only ovulate once a year, and can only handle one set of offspring every two years. There’s no clearer recipe for extinction.

In 1940, geneticist Richard Goldschmidt suggested that new species may arise not by gradual change but by macromutations.  Of course, these major mutational changes may be disastrous and fatal.  He called these monsters.  But in very rare circumstances, one of these macromutations, by shear dumb luck, may produce a very well adapted animal ready to exploit a completely new way of life.  His term of these?  Hopeful monsters.

I choose to embrace those hopeful monsters for their oddity, their differences, and sometimes even their suckiness.

Share the post "So yeah ocean sunfish are ridiculous, dolphins are @#[email protected]&, and deep-sea anglerfish are monsters"

16 Replies to “So yeah ocean sunfish are ridiculous, dolphins are @#[email protected]&, and deep-sea anglerfish are monsters”