My very first post at Deep Sea News was a tongue in cheek look at how much we don’t know about the largest of all 28,000-ish species of fishes, the whale shark, Rhincodon typus.  Since 2006 I’ve been part of a group that is trying to help fix the surprising lack of information on this species, which is one of only 3 species of filter feeding sharks (the others are the basking shark Cetorhinus maximus and the megamouth shark Megachasma pelagios).  An interesting feature of this endeavour is that, unlike mammals, where our knowledge expanded gradually in lock-step with advances in technology, with whale sharks we are doing the basic biology  and some quite advanced analytical research at the exact same time.  This can be a little jarring for those of us involved, but it’s certainly never dull!  I reported on an example of the basic biology a while back when I wrote about the extraordinary afuera whale shark aggregation in Yucatan Mexico, where at times over 400 whale sharks gather in the same place at the same time.  Today I am pleased to report on a radically different aspect of the research: an analytical biochemistry study where we used a suite of tools called metabolomics to determine the chemical composition of whale shark blood.  The results of this study have just come out in the open access journal PLOS ONE, so they are freely available to all. 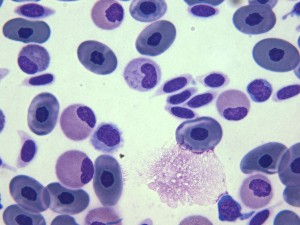 The story behind the study is as long (or rather, short) as the history of Georgia Aquarium itself, which only opened in 2005.  The aquarium currently houses 4 whale sharks (two male and two female).   During the illnesses of the Aquarium’s first two male whale sharks in 2006 and 2007, the husbandry and veterinary services departments at Georgia Aquarium rapidly developed techniques needed for diagnosis and veterinary intervention with whale sharks because, as you may imagine, no such techniques existed at that time.  Principal among the needs of veterinarians was the ability to obtain blood samples.  Blood is the vital fluid in most animals and its analysis can tell vets and scientists all sorts of things about what is happening internally.  In our case the team was hampered by a lack of baseline knowledge – no one had taken blood from whale sharks before so there was nothing to compare to.  Complicating matters, some of the chemistry tests normally performed with animal blood were not as helpful when applied to whale sharks.  This was not a huge surprise, since these tests are typically developed for terrestrial animals, and so we were using a mammal-shaped peg for an elasmobranch-shaped hole, so to speak.  Nonetheless, during the course of their illness we accumulated a freezer bank full of blood samples – a truly unique collection – and afterwards we published a paper describing the blood cells and basic chemistry and I determined at some future time to give more attention to the issue of whale shark blood chemistry.

I had heard from a colleague of an approach called metabolomics, which allows you to ask open-ended or “discovery based” questions like “what compounds are present in this sample?”.  Metabolomic tools allow you to determine the presence, and sometimes concentration, of all the smaller molecular weight compounds (i.e. smaller than proteins) in a sample, things like amino acids, sugars, non-peptide hormones and signaling molecules.  These are the ultimate products of all the metabolic processes that are taking place inside the animal.  If genomics provides the blueprint of a machine, then metabolomics provides the operational performance figures: the end products of all that tanscription, translation and metabolism.  Metabolomic techniques include  methods like nuclear magnetic resonance spectroscopy (NMR) and mass spectrometry (MS) that can determine what is in a fluid sample without knowing ahead of time.  I was keen to try it and was thrilled to learn that there were folks who could do both NMR and MS just walking distance down the road at Georgia Tech.  So began a fascinating collaboration that has lasted the last three years and culminated in the paper released today.

I’m not going to go into the details of how we analysed the samples, in large part because I wouldn’t do it justice because I am not an analytical chemist. If you like that kind of stuff, I invite you to indulge in the methodology section of our paper.  Briefly, though: the NMR analysis determines the structure of compounds in the solution by pinging the sample with radio waves in a strong magnetic field, more here, while the MS analysis ionizes the compounds (adds or knocks off an electron) and then sends them whizzing by a detector that can measure their mass and electrical charge, more here.  The upshot is that the NMR gave us a sort of “low res” look at what was present but with quantities, while the MS gave us good lists of the compounds present, but no information on how much of each.  Combined with the right sort of statistical methods, the two techniques turned out to be nicely complementary.

So what did we learn? 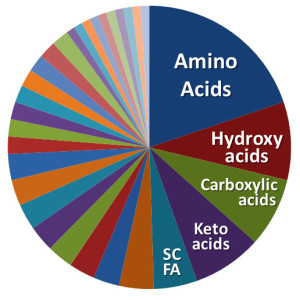 Even when grouped into chemical families, whale shark metabolites are seriously diverse

Well, surprise surprise, whale shark blood proved to be very different from mammal blood.  That was sort of a tautological  finding, since it was that difference that prompted the study in the first place.  We were surprised, however, exactly how different and what a poor match we got when we ran our NMR data against available (mammal-derived) online databases of metabolites.  It’s not that the compounds we discovered were totally new to science, just that they were not previously known from sharks and/or that they occurred in new and surprising combinations and concentrations.  This finding tells us that when it comes to understanding whale sharks, and sharks in general, we really do have to go back to the drawing board in a lot of senses.  Thankfully these very same powerful analytical techniques mean we can catch up pretty quickly.

Secondly, we showed that you can tell a healthy whale shark from an unhealthy one based on their overall blood chemistry.  One would hope so, so this was good confirmation that the technique was working correctly. 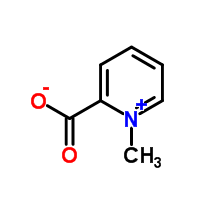 Thirdly, and perhaps most interestingly, we discovered a number of compounds that correlate well with whale shark health status.  Of these, the best was homarine, which is similar to one of the Vitamin B compounds.  What does it do in whale sharks? We don’t know, because this was the first time it had been reported from a shark!  However, some studies in other species say it acts as a pool of methyl groups (-CH3) that can be added or subtracted from other compounds in any number of important biochemical reactions.  It’s my guess that in whale sharks it gives and receives methyls from a compound called TMAO, which is very important to sharks because it protects them from the toxic effects of all the urea in their blood.  In other words, homarine may help keep their blood from becoming toxic, and a deficiency of homarine might mean a whale shark is less able to protect itself from urea toxicity (admittedly, there’s a lot of mights and maybes in that speculation).

Analysing chemical compounds in whale shark blood might seem pretty esoteric, but there are several good reasons to care about these sorts of studies.  First, it brings us a big first step towards understanding the internal biology of the largest species of the largest class of vertebrates.  Even though it’s the biggest fish in the world, it’s hard for me to overstate how deficient our knowledge was of whale shark internal biology, except to say that this is a species so large and intractable that its biochemistry was effectively off limits to science until only just a couple of years ago.  Now, by applying these advanced analytical techniques to an aquarium population, so much has been revealed all at once.  In a biochemical sense, it’s a bit like being handed the Hubble telescope: things that were frustratingly hidden are suddenly revealed in clear contrast, so much, in fact, that it will actually take some time to make sense of it all.  A second good reason to care is that, simply by virtue of being so different, whale sharks (and sharks in general) provide a comparative context that helps us understand our own biochemistry.  I mean, if everyone worked the way mammals do, it would be a pretty boring biochemical world, but whale sharks show us that this is certainly not the case.  By showing how evolution has produced manifold elegant solutions to biochemical problems, we get a new fundamental perspective on how life works.  Finally, while there are only a handful of them in the world, the people who look after whale sharks, both in aquariums and wild populations, can certainly benefit from a better understanding of how they work on the inside, which can only complement all those wonderful natural history studies that have accumulated in recent years. 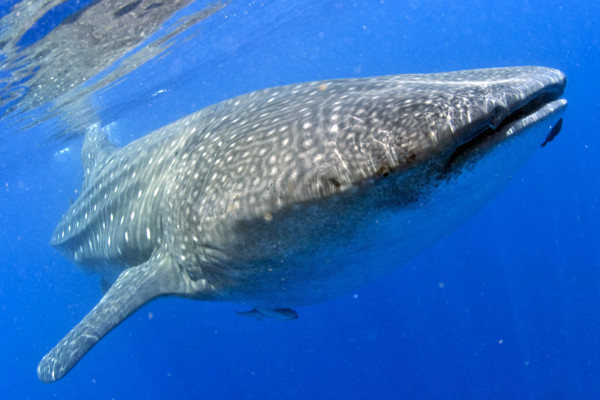 The study we did was one of the most satisfying collaborations I’ve had the privilege to be a part of, in large part because the skills of all involved were so different and yet so vital to the success of the project.  Harry Webb did a terrific amount of organizational work to keep things on track at the aquarium end.  Dr. Les Gelbaum and Dr. Johannes Leisen designed and conducted the NMR experiments and Hanno also did a lot of the bioinformatics.  Dr. Facundo Fernandez and Dr. Masnhui Zhou worked analytical wonders with mass spectrometry, and Dr. Julia Kubanek helped us all speak to each other since she has a foot in both the analytical and biological worlds; she also supervised Krista Lim-Hing, the excellent undergrad student who worked on the project.  Finally, the guru of environmental metabolomics, Dr. Mark Viant, and his post-doc Dr. Jonathan Byrne helped immensely to ensure the quality of the data and analyses.

So where to now with whale shark metabolomics?  Well, I’d love to know more about what homarine is doing, so if you are a biochemist, by all means chime in with ideas in the comments.  Indeed, if you see other things in the paper that stand out, lets hear it; I would start with the other biomarker compounds in Table 2.  My sincere hope is that among the data lie other such interesting patterns that imply important biochemical processes for the world’s largest fish, and we plan to keep mining them for some time.  To help with that, I’m also working with data visualization experts on a tool that would help share the data openly and allow anyone to look for patterns.  I’m sorry it isn’t ready yet; I try to remain – ahem – sanguine about it, but there are so many great questions and just so few hours in the day!