Fanciful common names of fishes suggest there may be an orchestra in the sea,
but this is yet another way the underwater world lets us down.

In the heat of the cold war when cloak-and-dagger espionage went below the sea, the US Navy was listening to fishes. Ideally, after identifying all the strange sounds generated naturally by a vast array of noisy marine creatures, the military might be able to parse out sounds made by Soviet subs and their underwater communications.  What these researchers found was that Jacques Cousteau’s “Silent World” wasn’t so silent at all, but was a clamorous crash of snaps, crackles, pops, grunts, squeaks, and pounding beats that sounded more like a Manhattan rush-hour than a sea of tranquility. Yes, fish can make sounds, but why isn’t their underwater chorus more like the melodic serenade of songbirds in a terrestrial woodland, especially since some fish are named after some of the most pleasant-sounding musical instruments?  In short, it’s false advertising.  Fish make lousy musicians, and the names we bestowed upon them was more about our shoddy interpretation of their instrument-like shape rather than their own orchestral virtuosity.  In an unexpected and elusive gift of spare time during a very short holiday, I employed my limited graphic skills to imagine what these musical fish might achieve if they actually lived up to their names, and the kinds of vintage vinyl LP albums we might find some day in the bin of a thrift store.  Don’t ask why, please just enjoy.

Black Drum
True to their name, this fish does generate a bongo beat from specialized muscles strumming their taught air bladder.  In fact, drums and croakers are some of the loudest percussionists in the fish world, often keeping up the tempo over long spans of time so that a placid Florida bay sounds more like a Burning Man drum circle.  Specific reasons for sound generation among the fishes in the Sciaenidae are not fully known, but ichthyologists suppose these mad beats are produced by the male black drum to attract a female, spending more effort and generating a higher level of sonic innovation than a hippie in that Burning Man drum circle, and likely with better results at attracting a female.

Trumpetfish
Few musical instruments convey the range of American jazz than the trumpet.  From the brassy blare of Louis Armstrong, to the swinginging stylings of Frank Sinatra’s backing Capitol Records Orchestra, to the mariachi pop of Herb Alpert & his Tijuana Brass.  Yet trumpetfish can generate none of this urgency nor excitement because it is silent, boring, and shy.  These elongate fishes look more like a dour reed flute slowly hovering through a shallow coral reef.  Having a narrow, tubular mouth like their related seahorses and pipefish cousins, they sneak up to smaller fishes and in an instant, suck them up that tube and into their belly without making a sound.

Cornetfish
Also a misnomer in the sense that they neither look nor sound like a cornet, and are often mistakenly called ‘clarinetfish’, these longer, lankier cousins of the trumpetfish also use their flute-like mouth to suck up unsuspecting fishes. A real cornet provides a mellower sound for smoother jazz, yet these fish produce no mellow nor smooth sounds to soothe the hurly-burly life of the reef.

Guitarfish
It would require a very inventive, and likely an exceedingly inebriated, person to make any musical sounds with a guitarfish.  These inshore rays of the genus Rhinobatos are found in tropical and temperate waters and only vaguely resemble the stringed instrument responsible for the sensual sounds of flamenco. Like virtually all sharks, rays, and skates, they have no ability to produce sound. But in the wide world between traditional classical guitar finger picking and heavy metal air guitar, a savvy performer may indeed be a spot for this fish after all. 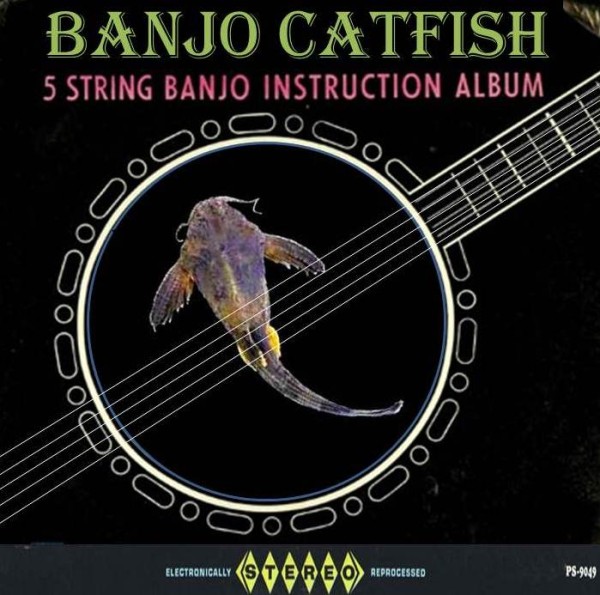 Banjo Catfish
If there isn’t an Appalachian bluegrass performer named Banjo Catfish, there should darn well be. Instead, the actual banjo catfish is a relatively small member of the family Aspredidinae who live in muddy waters of the Amazon basin, camouflaged among waterlogged leaves and – no surprise – not looking much like a banjo. While many catfish species do grunt, croak, bubble and squeak, this silent silurid does none of that, nor even hums any of the Flat & Scruggs picking styles from Deliverance.

One Reply to “The Disappointing Reality of Musical Fish”