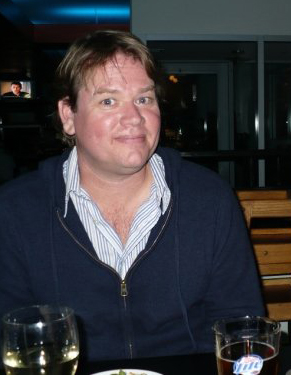 Before he was a doctor. At North Carolina Science Blogging Conference in 2008.

Peter has made 4 years of contributions to Deep Sea News! Between January 2007 and July 2009 Peter averaged 12.7 ± 5.4 posts per month. Not bad! I did not have data for the 1 and half years spent at Blogger prior to joining Seed Scienceblogs, but he ranged from 3 posts in July 2007 to 25 posts in April 2009. From January 2007, DSN’s first full month at Scienceblogs, to Peter’s farewell post, he racked in 402 posts (31.5 months). I’ve compiled my Top 25 of Peter’s posts for readers to enjoy looking back on, ordered chronologically.

2 Replies to “A Natural History of One Dr. Peter Etnoyer”