Thanks to some great experiences, I’ve crossed some off my list (marked through below). Here is my top ten 15 (I keep thinking of more).  Unlike Al, I won’t count dead or aquariums encounters.  I do count encounters with submersibles and remotely operated vehicles.  How do I add species to my bucket list?  I use the HS index.  Upon encountering a specific animal, I must anticipate that I will declare HOLY SHIT! THAT WAS AWESOME! You may notice a lack of deep-sea creatures on the list.  I consider myself lucky that I have seen everything from carnivorous sponges, tripod fish, flytrap anemones, to this rare deep-sea anglerfish (I was on the ROV dive that some of the photos were taken on), and the world’s largest single celled organism.  I continue to be awed by both new discovery and encounters with old deep-sea friends.  The list below represents species I would not normally encounter in my main research program.

Think I’m missing something? Add your thoughts and your bucket species on the list below

The largest  fish and shark! Yes you will start to note a theme. With my recent excursion to the Afeura to observe the whale shark aggregation, I can cross this one off my list.  With Miriam, I had dove with whale sharks at the Georgia Aquarium, a truly amazing experience. However, this did not compare to being in the open ocean, miles from land, snorkeling with dozens of whale sharks. I’ve already pontificated about the really cool science I conducted involving sharks and lasers (no I can’t make this stuff up), but snorkeling along side a 30 foot long male whale shark is beyond words.

The largest isopod! My first dive in a submersible, the Sealink, occurred in the Tongue of the Ocean in the Bahamas.  During that dive, I saw a Giant Isopod for mere seconds before it quickly swam away.  Since then, my contacts have been limited to dead specimens.  I count this as siting but I long for more substantial encounter. 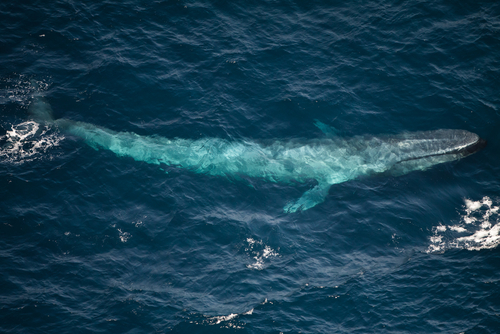 3. Blue Whale-Balaenoptera musculus The largest animal ever to have lived!  I think I may have saw one in Monterey Bay from the superb ocean view of my postdoc advisor’s office (so hard to pay attention during our conversations with a view like that), but I can’t be sure.  I want to dive or snorkel with this massive beast!  I think, and much like it was for whale sharks, you really can’t get a sense for how large an animal until your next to it contemplating your own smallness.

Apertural view of the shell of Syrinx aruanus. Image from Wikimedia commons

4. Australian Trumpet-Syrinx aruanus The largest snail currently on earth, there were bigger that are now long extinct, can reach lengths of almost 3 feet (~1m) long and a weight of about 40 pounds (18kg)!  It occurs along the northern half of Australia toward Indonesia and PNG. 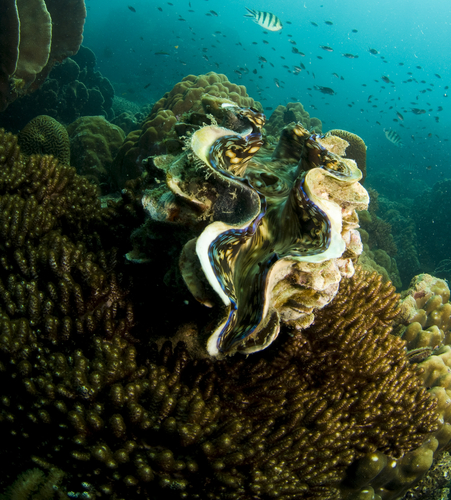 5. Giant Clam-Tridacna gigas The world’s largest bivalve!  The largest can reach sizes of over 400 pounds and four feet across!  HOLY SHIT THATS BIG!  I’ve seen these in aquariums including the fantastic set of them at the California Academy of Sciences (where I someday hope to work, representatives from there can find my contact info at craigmcclain.com).  However, these are relatively small at about a foot across.  I have also seen shells in museums near their maximum size.  But I really, really, really want to see one in the wild.

6. Giant Squid or Colossal Squid-Architeuthis dux or Mesonychoteuthis hamiltoni Speaking of things I want to see in the wild!  I have seen multiple specimens of giant squid, including the specimen made famous and stolen in the novel by China Mieville.  Unfortunately, I have never seen any part of a colossal squid.  However, even thought the chances of this are extremely rare, I say a prayer at the beginning of every ROV or submersible dive that this will be time.  Of course, this will one also has the largest HS Index.  HOLY SHIT WAS THAT A GIANT SQUID!

7.Lion Mane’s Jellyfish–Cyanea capillata/Cyanea arctica–The world’s largest jellyfish.  The bell can reach a diameter of 7 feet and the tentacules can trail over 100 feet.  Although they occur throughout the world’s oceans the largest specimens occur closer to the Arctic in colder waters.

So not all my marine bucket list are size record holders and some of them overlap with Al’s. 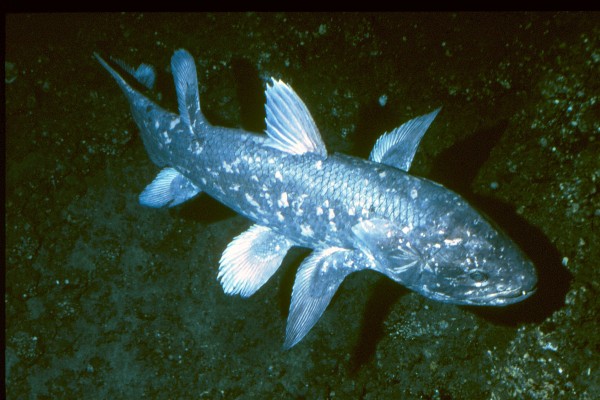 8. Coelacanth-Latimeria spp  How could this not be on the list!
9. Blue Footed Booby-Sula nebouxii The males do a dance to attract the ladies that includes lifting up their blue feet proudly.

Count this one done!  I didn’t even know this should be on my bucket list until I saw them roost in Trindad in person.  The brilliant scarlet coloration is breadth taking and leaves one in awe of its intensity.  Massive flocks gather in wetlands like the Caroni Swamp of Trinidad. 11.  Leafy sea dragon – Phycodurus equus. To date, I’ve only seen them in aquariums. Some scuba diving and trip to New Zealand/Australia in December (as part of the Deep-Sea Biology Symposium) will remedy this! 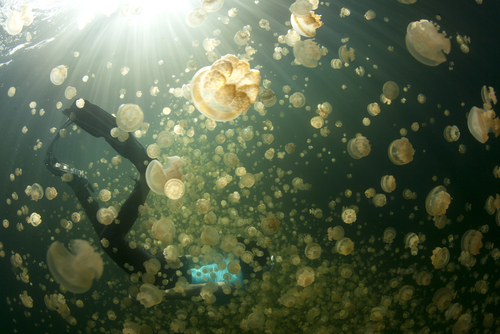 15 And last the Mastigas sp and Aurelia sp of Jellyfish Lake in Palau.  I would snorkel among 1.000’s of jellyfish in these lakes and proclaim HOLY SHIT THAT’S A LOT OF JELLYFISH