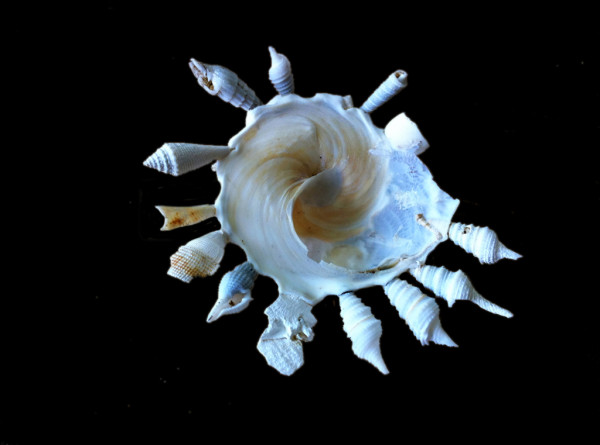 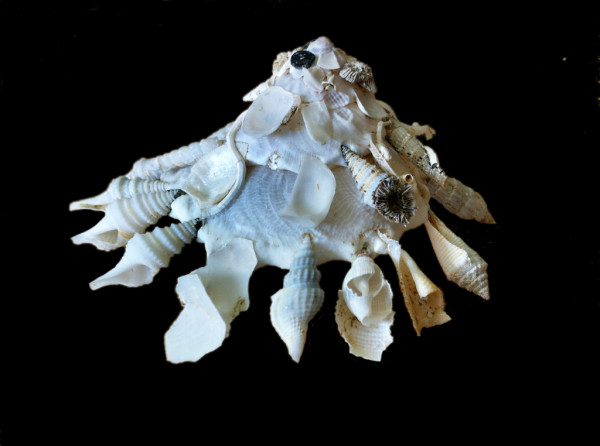 Three groups of Xenophorids exist. Onustus with four species and Stellaria with five species glue small things to themselves but most of the shell remains exposed (>70%).  In contrast the Xenophora with about 20 species is ostentatious in how much bio-bling they will put on themselves.  They are the Mr. T of gastropods.

THESE ARE A FEW OF MY FAVORITE SPECIES: THE TORPEDO RAY

THESE ARE A FEW OF MY FAVORITE SPECIES: ALMOST ZOMBIE LIKE BRACHIOPODS

THESE ARE A FEW OF MY FAVORITE SPECIES: ANYTHING WITH AN INSTRUMENT ON IT

THESE ARE A FEW OF MY FAVORITE SPECIES: CARNIVOROUS SPONGES

THESE ARE A FEW OF MY FAVORITE SPECIES: SPOTTED PORCUPINE FISH

THESE ARE A FEW OF MY FAVORITE SPECIES: PISTOL SHRIMP

THESE ARE A FEW OF MY FAVORITE SPECIES: PIG BUTT WORM

THESE ARE A FEW OF MY FAVORITE SPECIES: PAINTED FROGFISH

One Reply to “These Are A Few of My Favorite Species: Carrier Shells”